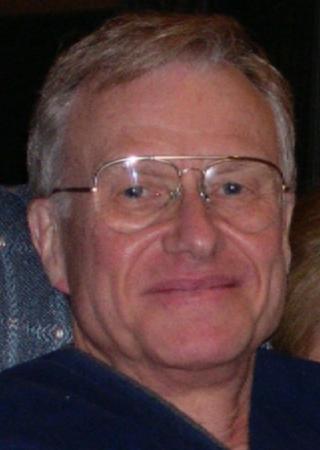 (1) I’ve had a lifelong scientific and professional interest in life, death, and disease, as well as an enthusiasm for the philosophical questions that arise in the study of these phenomena.  I was, before retirement, a physician and pathologist, and I spent much time observing and thinking about the processes that characterize death and disease.   Along this way, I’ve been led to a materialistic outlook; I believe that our minds and thoughts arise purely from the cells, molecules, atoms, and, ultimately, subatomic particles (and associated forces) composing our bodies, and that our minds and thoughts reflect the complex functional arrangement and interactions of these fundamental units of matter.

(2) I also consider myself a committed Christian, in that I believe Christian tenets, as they have evolved over millennia, reveal universal truths about the human heart, with the same reliability that science reveals universal truths about external reality.  I don’t consider Christianity and philosophical materialism inherently contradictory; I believe the real contradiction each of must wrestle with is that between the yearning in our hearts for immortality and the irrefutable evidence that our individual lives at some point must end.

I’m now entering the eightieth year of my life, and the tenth year of my retirement.   Since being relieved of the burdens of career, I’ve taken on a modest number of projects, each of which appealed to me at various times as the years passed by.  I’ve participated in choruses and studied classical guitar and gone for long bicycle rides in the country on sunny summer days.  Now that I’m entering upon what is most likely to be my final decade, it seems fitting to me to take on a new project, preparing myself mentally and emotionally for my death, which no longer seems far in the future.  I hope that participation in the offerings of Death Café will help me do this.

A long life, as experienced by me at least, seems to be bound up with periodic suffering and guilt.  I hope to leave something behind that will decrease the suffering and guilt that must inevitably be borne by those coming after me.

As a young pathologist in training, I spent a full year learning the discipline of the human autopsy, which is much more an exercise in observation and interpretation than it is a manual skill (like surgery).  In looking at tissues of the dead (including through the microscope) one detects abnormalities in structure that could potentially reflect a disease process (i.e. a process present during life) or a post mortem change.  The trainee is urged to disregard post mortem changes, as they have no importance for the autopsy’s purpose – explaining the cause of death – and can only serve to confound that goal.  One is expected to disregard post mortem changes observed during an autopsy the same way a person disregards static while listening to broadcast radio.  (This is not always an easy task, by the way.)

The problem for me, though, in trying to adapt to this posture, was that the post mortem changes seemed so interesting in themselves.  For one thing, particularly when observed microscopically, they’re so rapid, so dynamic.  One expects, naively, for death to bring all biological processes to a halt.  Not so.  It’s just that the processes that occur post mortem no longer serve to perpetuate the distinctive existence of the individual organism; they now reflect the natural chemical fate of the biostructures that have rejoined the rest of the cosmos, the world of nature at large.

Another thought that occurred to me during this period was that this degradation of biostructures that characterizes the post mortem period does not actually begin at death – such processes are present universally throughout all periods of life.  In living beings they are referred to as catabolism, and they produce no visible effects because they are continually counteracted by re-synthesis of new molecules and organelles to replace those that have disintegrated.  These restorative biochemical processes collectively absorb much of the energy taken in by the organism, categorized as basal metabolism.  When the biodegradative processes occur unopposed, as happens only after somatic death, they then produce the visible results that we label with terms that signal the repugnance that death holds in our emotions – rot, decay, decomposition, rancidity, etc.

These observations led me to conclude that much of the popular mythology concerning death is ill-informed.  The image of the grim reaper, the obscure stranger encountered only briefly at the end of our days, seems to miss the point that death-related processes are going on in our bodies from the very first moment of our existence.  Perhaps a better metaphor would be of death as our shadow, a presence that is always with us and inescapable.  Or perhaps of death as the blank canvas on which the painting that is our life is produced.

New Blog post: Can a materialistic view of life and death provide a source of inspiration? Of comfort? 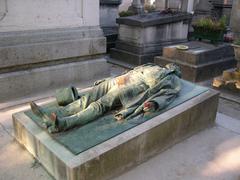 I cannot accept the concept of an immaterial human soul.  I cannot believe that my conscious self will survive my bodily death.  A life of reading and thinking ...