Can a materialistic view of life and death provide a source of inspiration? Of comfort? 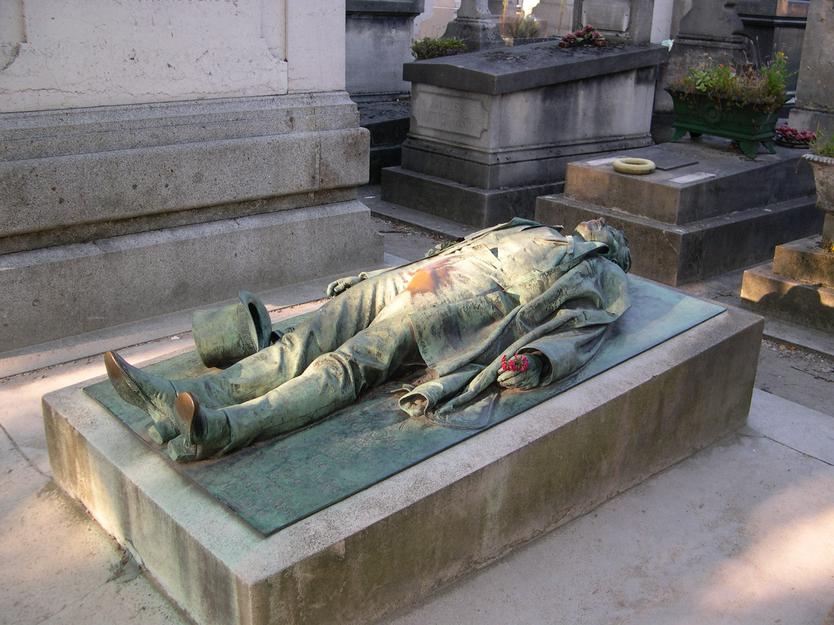 I cannot accept the concept of an immaterial human soul.  I cannot believe that my conscious self will survive my bodily death.  A life of reading and thinking about science, and my life’s work as a physician and pathologist, tells me this is no more than wishful thinking, and wishing for it does not make it true.

I do find it believable that human minds are functional states of human bodies and brains, i.e. that they are generated by matter.  A highly persuasive neuroscientific argument supporting this belief is presented by Mark Solms in The Hidden Spring: A Journey to the Source of Consciousness.  It follows that death and ensuing disintegration of the body and brain will result in the irreversible extinction of individual consciousness.

Must this strike terror in all of us, as we contemplate the deaths that inevitably await each of us?  Perhaps it must, but I also think it’s possible to extricate ourselves from this state if we contemplate two additional consequences of the materialistic viewpoint.

(1) Life is inchoate in matter at all levels, down to fundamental forces and particles.

A living organism, Solms tells us, is a self-regulating system of chemically interacting material structures, which has sequestered itself from the rest of the material world, and whose operating system prioritizes its own survival, i.e. its continued sequestration from the world at large.  The molecules composing the living organism, forming its cells, fluids, and supporting matrices, do not differ chemically or physically from their counterpart molecules in the inanimate world external to the organism.  In fact, as part of the life process, there is a constant, bidirectional traffic of single molecules between the interior of the organism and the external world, even as the interacting system of molecules comprising the organism remains collectively sequestered from the external world.

Those who have studied science are comfortable with the idea that the calcium, iron, and other minerals in our bodies are the same substances found in terrestrial rocks.  From astronomy, we know that the ultimate origin of these elements in our bodies is to be found in supernovae explosions which occurred early in the history of the universe, outside our solar system.  The substances composing us had existence long before we came into being, and will endure long after we are gone.

The chemistry of these substances that make up our bodies is not affected by whether their presence is within living organisms (within the biosphere) or in the inorganic matter making up the remainder of the universe.  A compelling argument can be made that the rules governing these chemical interactions of matter are determined by the laws of quantum physics that characterize atoms, even though rigorous formal mathematical descriptions of the atomic nuclei and electron shells that would predict behavior in chemical interactions have not been extended to atoms beyond hydrogen; the complexities of the equations that would be required to explain the chemical interactions of larger atoms are beyond our current physics.   Nonetheless, most physicists believe that the laws of chemistry are inherent in, and engendered by, the laws of quantum mechanics applied to particular classes of atoms*.

As a believer in the method and mission of the sciences, I can accept ideas that are plausible in view of evidence generated by legitimate scientific inquiry, even if they cannot be deduced or calculated precisely from established scientific laws or observations.  So I can accept that the physics of atoms, and the particles that make up the atoms, determine the way atoms interact chemically, and determine other properties of matter, such as its macroscopic physical states (solid, liquid, gas).  This seems reasonable to me, even if not deducible from observations of single fundamental particles in cloud chambers and particle accelerators.

It seems to me only a short step to extrapolate this idea, using the framework provided by Solms’s work, to a concept of living organisms; that the tendency of certain molecules, within certain environments and in certain proportions, to aggregate and sequester themselves in hierarchical arrangements that constitute separate individual beings, can be traced back, ultimately, to the nature of the atoms, and fundamental subatomic particles, that have the inherent potential to give rise to life.

Science does not give us a full, comprehensive picture of reality; the truths that it gives us are limited, scattered, and imprecise – samplings, at best, of the full reality.  But whatever vision we form of the full reality must be compatible with the hard truths generated by science, if it is to be believable.  I find the concept of the potential for life indwelling in all matter to be such a vision.

(2) Individual death is the merging of the previously sequestered, self-regulating, matter-based system comprising the individual being into the substance of the universe at large.

Organismic death is ultimately the collapse of the partition that separates the organism, constituted as a self-contained, self-regulated internal physical system, from the world at large.  Its material constituents rejoin those of the environment and are swept up into the ongoing, ceaseless chemical and physical reactions of the environment.

The environment, the system that is rejoined at death, teems with activity at the molecular level: the chemical and physical reactions, the movements and transformations of molecules, some within the multitude of other living organisms, and many others in inanimate matter as well.

The cellular and molecular processes that follow immediately upon organismic death, which we label dissolution and decay, are repugnant to us.  This is because the sensory impact of these processes carried on at length is a such a strong reminder of the idea of death in our collective imagination.   Our imaginations overlook that these same chemical reactions have been constantly at work in our bodies since we first came to exist; much of the energy our bodies expend during life are consumed by metabolic reactions that counteract natural dissolution, that reconstitute the molecular components of our cells.  From the viewpoint of chemistry, death is no more a stranger to us than is our environment.

The idea of death repels us because the sequestered, self-regulating system that constitutes our being prioritizes self-preservation above all other activities.  Self-preservation, from the materialist perspective, means preservation of the barrier surrounding the organism, separating it from its environment.  Maintaining the sequestered status equates to survival.  Prioritizing sequestration is universal among biological organisms because of Darwinian logic; organisms selected for in the process of evolution are those most successful at isolating their internal systemic constituents from their environment.  In organisms like ourselves, with conscious mental activity, prioritizing survival (sequestration from the environment) leads to a negative affective mental state associated with loss of the sequestered status.

Eternal life is a reasonable concept.

The fundamental particles that constitute ordinary matter – of which our bodies are composed – are, practically speaking, eternal**.

It is therefore reasonable to say that the ultimate constituents our bodies will endure forever, even if the complex, hierarchical arrangement of those constituents, which form our particular bodies and generate our particular conscious selves, will not.

Is this a comforting thought?  If it is only our conscious mind and our memories that hold meaning for us, and which will inevitably disappear at death, perhaps not.  If we reflect on the material elements of our bodies as each harboring the potential for life, that collectively gave us the life that was so dear to us, and that may give life to another being as they recirculate through the world for all eternity – then perhaps so.

This is the complete opposite of the view held by the Platonists, who held that material objects were transient and immaterial ideals eternal, and hence maintained belief in an immortal, immaterial soul.  It is a concept that I find untenable in view of the results of modern science.

The overriding demand for self-preservation at the core of our being, which motivates much of our actions throughout life, inevitably colors the thoughts we have about our own deaths.  Ernest Becker argues persuasively that the individual’s fear of his own death is the most potent motivator of human behavior, and that it explains much of human psychology (in Denial of Death) and human history (Escape from Evil).

Thinking about one’s own death induces a state of cognitive dissonance.  Our conscious minds have evolved to enable us to adapt to rapidly occurring, unpredictable changes in our environment (Solms), i.e. to survive.  Survival is, ultimately, the purpose of all the thinking we do (Becker).  To hold death in the center of out thoughts for any length of time, and for any reason other than to escape it, goes against our grain.

It seems to me that one can best endure this kind of contemplation by focusing one’s thoughts not on escaping death, but on escaping the constricting viewpoint of one’s own subjectivity.  Our mental life is generated by the input from our senses and is inevitably biased by the location of our own body in space and time; but at higher, more abstract levels of thinking, we can expand our viewpoint to encompass the world at large.  We can aspire to a view in which the importance of our own survival diminishes when measured against the dimensions of the universe and the eons it has existed and will continue to exist.

I think this mental task is made easier if we keep ourselves aware of the life-generating capacity of all matter.  And of the enormously arbitrary way each of us came to exist, to occupy our own little sector of the universe’s matter – through the union of one particular ovum and one particular sperm cell – and of the millions of alternative versions of us, of other beings that never came into existence, had other fusions of our parents’ ova and sperms occurred.  Imagine the seemingly unbounded possible versions of humanity at large, looking back over the generations that humans have been on earth.  The life each of us now has is a freak accident, the odds against it at the dawn of our species probably billions (or more) to one.

Each of the possible versions of the human population that might have existed over man’s history would have involved a different configuration of all the molecules and atoms that composed those myriads of human bodies.   Against this backdrop, how significant is the flux of molecules of my body into the surrounding universe that will occur when I die?

I have suggested here that results of science can aid in getting outside one’s self-centered subjectivity, facilitating the contemplation of the meaning of one’s existence and death.  I believe this goal is similar to that of certain schools of meditation; I’m not sufficiently familiar with their literature or practice to comment further.

I also believe that the ideas I have presented here are reflected in some ways in elements of Christian theology.  I hope to explore this in future posts.

*Discussed by the particle physicist Steven Weinberg in “Can Science Explain Everything? Anything?” in The New York Review of Books, May 31, 2001.

**Protons are stable under all conditions.  Neutrons decay in isolation but are stable within atomic nuclei.