Encouraging start to Death Cafe events on the Wirral.

A write up of Death Cafe Wirral 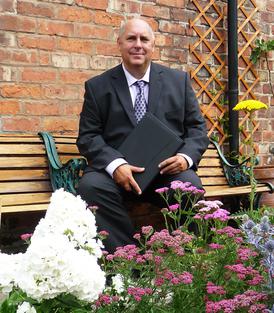 On the 8th May 2019 I hosted my first Death Cafe event at Hoylake Parade Community Centre. It seems to have gone down well, so future events are planned on a bi-monthly basis at various venues on the Wirral and we’ll see how that goes.

The community centre kindly provided us with the space for free. Tea, coffee and cakes were on sale and most of the 24 attendees took advantage of this by making a purchase. I envisage future events to work in the same way.

I posted details of the event on various websites where I could post for free and copied the details to various Wirral based facebook groups. As this was my first event I created a press release and sent it to various newspapers. As far as I’m aware it was only picked up and published by the Wirral Globe, but that helped in spreading the word and bringing people to the event. I produced and put up a few posters at the venue and the surrounding area as well as creating a dedicated online presence at www.facebook.com/deathcafewirral where details of all future Death Cafe Wirral events will also be posted.

I’d like to thank Debbie Jones who runs Death Cafe events in Chorlton, Manchester for the help and support that I received from her. I attended one of her very well-organised events before setting up this one and she was kind enough to answer the copious number of questions that I asked afterwards. Her advice really helped and reassured me that everything would run well for me, which indeed it did.

I was quite heartened to see that there was a good range of ages at the Wirral event from 20s to 60’s (at least it seemed that way to my eye) but I wasn’t surprised to note that only 25% of those attending were male - evidence perhaps if it were needed that, in general, women are still more likely to share their feelings than men.

Nobody who came to this event had been to a Death Cafe before and most seemed unconnected with any business surrounding death or dying. A funeral director was there, a therapist and volunteer bereavement counsellor and two people who deliver end of life care training, but everyone who attended was there as individuals who shared the knowledge that one day they would die and it might be good to talk about it.

At the event I told people to sit wherever they wanted but asked that there was no more than 6 people to a table, which gave us 4 seperate groups. Once everyone was settled I gave a brief introduction and suggested that each person take it in turns to introduce themselves to everyone else at their table and to say briefly why they came to the event. I assured them that conversation was then bound to flow - which of course it did.

I didn’t take part in any of the group conversations myself as I wanted to be available to any latecomers and didn’t want to put people off their conversations by drifting in and out of the groups. I also wanted to keep an overall eye on proceedings to make sure that nobody was having any problems and nobody was becoming too forthright or aggressive. I need not have been concerned as everything ran smoothly but I feel it is my duty to make sure, as best I can, that everyone feels safe and secure when participating. I did put laminated cards on each table reminding people to have compassion and consideration for other people’s views and that listening was at least as important as speaking, so to make sure that everyone had an opportunity to contribute.

The room was buzzing with conversation for the entire 2 hours and everyone I spoke to seemed to have had a good night. Several people said they’d definitely be back and would most likely bring friends with them.

I emailed all of the participants the day after the event asking for feedback, which has been extremely positive. People reported back with conversations around death and dying spilling over inevitably to religion, faith and beliefs. People also talked about the afterlife, mental health and even Einstein’s Theory of Relativity!

I hope to have a good mix of ‘regulars’ and ‘newbies’ at future Death Cafe’s and if this first event is anything to go by then I look forward to hosting others. My future write-ups will be shorter than this (but I thought I’d be thorough as it’s my first one).

Many thanks to Jon Underwood, Sue Barsky Reid, Jools Barsky and anyone else involved in the inception and continued development of Death Cafe.