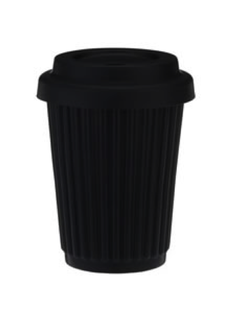 I was contacted recently by an individual concerned that someone was offering a Death Cafe where alcohol was served.

My personal opinion (and from discussions that Donna and I had with Jon, his perspective also) is that it is okay for alcohol to be served so long as participants are notified that it will be available.

I would be really keen to hear about your personal experiences of Death Cafes where alcohol was served. In an attempt not to project our personal values about alcohol (whether good or bad) do you think it would be harmful/ beneficial/ neither?

Please comment below, and thank you for everything that you continue to do.

A glass of Wine or a Beer may be beneficial, to evoke a more objective / or clearer response in participation during a Death Cafe attendance. Tea has Caffeine in it & Cake is usually made with a sweetener such as Sugar, those may be Stimulants to certain individuals. Assess in your minds as to what the real Objective of Death Cafe Attendance is about and I believe, there should be no issue with Wine or Beer and maybe a Veggie / Healthier Munchie versus Cake.

Not a fan of the idea. If Jon had wanted it he would have said so. It might "loosen up" someone to talk more but that sounds like imposing a circuitous agenda.

Also it will, inevitably, keep people away who don't or can't drink. And if they drive and get in trouble after leaving a death cafe it will get publicized and someone may try to sue.

I'm not opposed to alcohol being served at Death Cafes across the board, and I suspect its appropriateness will vary some in dependence on culture. I would always hope that any drinking would be moderate, and never to the point that it would dampen the experience. We've had alcohol at at least one PDX Death Cafe event, and the one I'm thinking of was a glass of wine or two per interested party, served as part of a full dinner. (This unique Death Cafe was sponsored by a local restaurant and was wonderful!) We made sure there were alcohol-free tables available, and drinking didn't seem to overshadow or lessen the experience for anyone that day. But a few important guidelines I would encourage would be that people know ahead of time that there will be alcohol served, and that any drinking be moderate and optional. I was also going to say that there should always be non-alcoholic tables offered, but I realize many Death Cafes don't have multiple tables/conversations, and if there's only one conversation happening, it's either alcohol or no alcohol. I guess I have mixed feelings about alcohol being part of something called "Death Cafe" in that way, where the only way to participate is either to drink or to interacting with people who might be intoxicated. That worries me. But that might be my cultural bias showing. I'm interested to see what others say. I guess when it comes down to it, it's more important to me that people who want a sober Death Cafe experience have access to one than it is that people who want to drink at a Death Cafe get to.

Posted by Kate B

I’m pretty much in agreement with Kate. I’m not categorically against the idea of a bit of alcohol at a Death Café if it made sense in context because of the venue or setting (like the dinner she mentions). However, the Death Cafes I do in the U.S. (in a small town in upstate New York) are not in an actual café and I would not include alcohol. There can be enough to manage with the conversations, that throwing in another element to potentially have to manage just feels like too much.

Assuming one actually hosts a Death Café in a café, I think the difference between cafes in the U.S. and continental Europe could lead in different directions. In the U.S., cafes don’t usually serve alcohol (we’ll ignore Starbuck’s experiment in that direction). My experience in Italy and France is that cafes are a very different animal and there is usually alcohol served. It can feel quite natural to be sitting at a table mid to late afternoon and one or two people are having coffee or tea and one or two people might be having an aperitif or a glass of wine. There’s not the feeling that everyone needs to be drinking or no one needs to be drinking. So it may depend on where you are geographically and culturally as to whether or not it makes sense.

What could go wrong?

Hmmmm... of course I know of Death Cafes that have had alcohol and as an early trainer for many, I also heard back about some negative experiences with the effect that one person drinking had on the whole event. Why risk it? My stance is that we advise against it as a general best practice.

I've only ever facilitated one DC where alcohol was served. It was on a trip back to Canada (I am a long time citizen of Australia and have facilitated my DC for over 4.5 years).

I wanted to run a DC for my family, friends and acquaintances and it was held in someone's home (I know them well). Most people who had alcohol were fine, but one person had too much and it affected her participation. She was grieving and I feel that the alcohol brought her emotions out even more. She wanted to dominate the conversation and it was tricky to keep her in check.

I think if alcohol is available there should be some sort of guideline regarding quantity and responsibility. I'm not really opposed but there needs to be structure around it, no different to the rest of the DC guidelines.

I want to add the following to my above comment: After thinking more about this issue, and while I have no strong opinions about the alcohol issue itself, I'm feeling very concerned about the idea of adding a rule to the Death Cafe model that Jon may very well have left out on purpose. In section 5.4 of the Holding Your Own Death Cafe guide, it is stated (with Jon's input) that "any sort of food and drink is ok so this an be geared toward your community." That section goes on to specify that vegetarian food is preferable and that small amounts of alcohol are acceptable. So it's not that Jon never thought about this, which makes me think that if he had wanted it to be a rule it already would be. My concern is that I think part of why the Death Cafe model is so powerful is that it was designed very thoughtfully to have a few very clear rules, but only a few. That allows it the flexibility to be reproduced in culturally appropriate ways all over the world. It seems like that was intentional. Jools, you obviously knew Jon better than any of us, so you probably have a better sense of both how Jon would have felt about this particular issue, and how Jon would have felt about adding rules to Death Cafe in general. I want to give you my full support in honoring whatever you think Jon would choose, on this and in general, and in putting the integrity of the Death Cafe model before the opinions of any of us. If I seem to have strong opinions about Death Cafe, it's only because I've seen how powerful and inspiring and life-changing it can be. Jon's firm dedication to his vision for Death Cafe is what gave us that. Whatever we decide going forward, wherever we take Death Cafe, let it always be with Jon's vision in mind.

Posted by Kate B

As a co-author of the guidelines with Jon over the years, I can assure you that an omission from the guidelines regarding a singular topic does NOT mean that it was purposefully left out, and therefore allowed and/or approved. That is an incorrect assumption. All of the rules that have been specified were because people went out on their own and changed what Jon had intended and he therefore had to specifically put in writing that it was an unacceptable variance.

This is what I think and is offered as an opinion! We have hosted Death Cafes in Bars and Restaurants - normal spaces where everyday folk go and if people would like a beer or a glass of wine then that should be their choice . We advocate choice and options over our Death and Dying and so it should be on what people want to eat and drink during life. If someone is causing major disruption for whatever reason, and I think drunkeness would be a rare example, then as facilitators of Death Cafes we should be equipped to handle