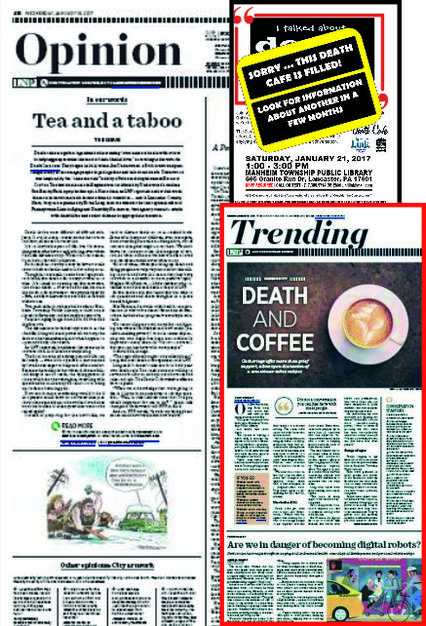 The calls, emails and texts barraged us after Erin Negley's article about our first Death Cafe in January. We quickly realized the number of people who wanted to attend exceeded our venue and table facilitators - so we immediately rescueduled a second one the week following.

And LNP - Always Lancster's editorial two day's later ("We shouldn't wait until death is near to talk about it) build huge numbers of callers for the second one. Here's the link to the editorial: http://lancasteronline.com/opinion/editorials/we-shouldn-t-wait-until-death-is-near-to-talk/article_e40ba1fa-dd0d-11e6-be26-cbfda1557db4.html

Death Cafes are a wonderful and necessary concept.