A write up of Death Cafe West Hampstead 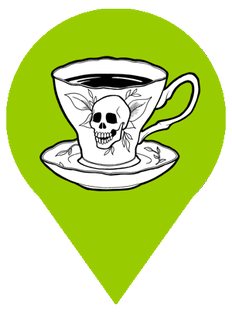 One journalist attended and took part in the closing circle. He was filming for a Huffington Post website article which included an interview with me and brief shots of the actual Death Café. It was published to be part of Dying Matters Awareness Week. See it here:

Last year, at Death Café Hampstead, during Dying Matters Awareness Week 2015 our Death Café was well attended and we organized a separate one to be filmed for Metro online. It was a small group of 8 people or so around one table. Soon afterwards we lost the venue at Café Rouge in Hampstead.

During Dying Matters Awareness Week 2014 we held two packed Death Cafes on the same day at Café Rouge, one being specially filmed for South Korean TV. 60 people attended including a great number of journalists who wrote for various magazines (one for WI) and newspapers and for online mags. Judging by the reduced numbers of journalists and film crews over the last three years, could the interest in death and Death Cafes be waning? Could it be that death has become a more common place topic and is no longer ‘news’? Death Café Hampstead ran from April 2013 - June 2015 and was hugely successful. We had a small group of facilitators, one for each table.

Since then many more Death Cafes have sprung up in the London area,  Death Cafe Finsbury Park, hosted by Caroline Dent and Liz Wong, and now by Caroline with Philomena Corrigan, amongst them. And ithere is Death Cafe Hitchins hosted by Salli Lovett who has been going since 2014!

Starting up a monthly Death Café at La Brioche in West Hampstead in January this year, we have room for up to 30, just as did at Café Rouge. But so far only around 11-16 people came each time. With a smaller number of people attending meetings have a very intimate atmosphere and Roger, the owner of the café is accommodating and supportive of what we are doing, so it is all good.

People's experiences of this Death Café:

Fascinating. I really liked the opportunity to talk about all aspects of death, since it is such a personal experience. It was very interesting to hear people’s perspectives and experiences. Social worker, female, 32.

Getting more interesting. Still is a lot too much respect for religion and spiritualism. Retired psychiatrist, male, 81.

It was really mind opening. In our group there were people from different backgraunds and beliefs. Everyone had different experience with death. We laughed, got serious, it was great. Product designer, female, 33.

Interesting to meet different people and hear other’s experiences and perspectives. In future I feel something should be said about confidentiality and not sharing in the wider group other people’s experiences that they might have talked about in the smaller groups. Social worker, specialisng in palliative care, female, 32.

I found it very interesting and we discussed a number of topics. Both serious and humorous on the subject of death. Would be interested to attend a further Death Café. Retired transcriber, female, 66.

Always interesting and wonderful to share thoughts , feeling, ideas and experiences. Interesting ideas and suggestions to take away and reflect on. Teacher, female, 62.

It wasn’t just about recent grief, it was about everything that humans feel and do regarding death. From laughing about it to partying, to crying about it, even preparing for it. Video producer, male, 25.

Very helpful. Opens up possibility to think about issues that are very difficult to talk about anywhere else. Complimentary therapist, female, 62.

I found it very easy to be open and speak to everybody. The atmosphere was open and friendly and I was surprised how quickly time went and how much I enjoyed myself. Student, female, 27.

6 x I have been bereaved

1 x Fundamentalist from my grandmother with whom I lived until aged 10.and now atheist, a live member of the Humanist Association

Have you attended a Death Café before? If so, how many?

6 x came for the first time

1 x came for the second time

Do you, or are you planning to host a Death Café? 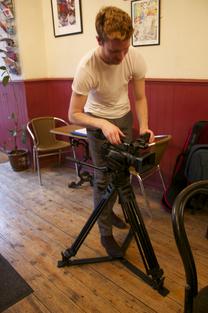 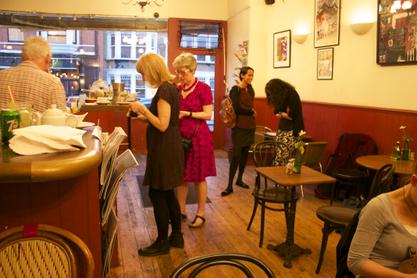 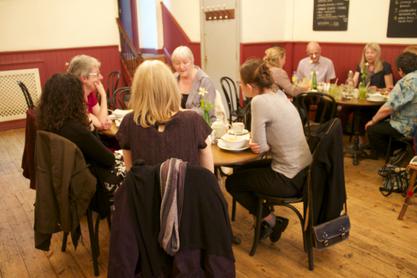 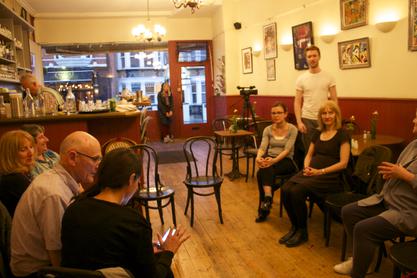