The Measure of Love (in Lemon Drizzle Cake)

A write up of Death Cafe Bristol 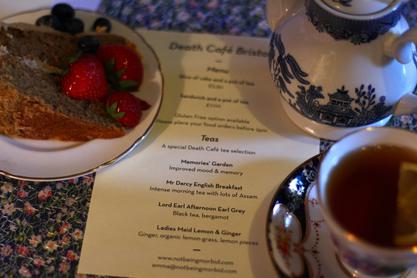 Caleb Parkin writes about his first experience of a Death Cafe after attending the Bristol Death Cafe on the 7th September 2014:

The talk flows from the teapots and between us: of what we think this ‘death’ thing is; of what we’d like to happen for our own funerals, when we shuffle-off, tune-out, move on, or whatever other euphemism you care for. For this is a space where we can begin to peek behind those euphemisms, get real about death. Because few things, despite our deep-seated British death-denial, are more real, more normal, than death.

Around the room there are emphatic nods, teary eyes and eruptions of laughter. We have a lengthy digression into the importance, complexity and difficulty of the embrace, and a comprehensive breakdown of types of hug: with breathing (the hippy hug); the two-pats-and-off (Dad-hug); and so on. This is the stuff of life, but all stemmed from talk of death – with people who have only just met.

As we chomp another slice of lemon drizzle cake (bought in a moment of largesse by one of our table) there is a very present sense of our own mortality; of the importance of acknowledging and bearing witness to one another’s experiences, fears, hopes and ideas about death. It’s not about being morbid, macabre, moribund – it’s quite the opposite. It’s about being present with other human beings. The other presence at the table isn’t really death, but life (because nobody, actually, knows what happens after, or before, or usually – if we’re honest – during it).

Jeanette Winterson wrote: ‘Why is the measure of love loss?’ For me, the affirmation of having this kind of conversation is that death itself isn’t ‘difficult”. It’s part of life, part of a process (cue Elton John and Simba). What’s actually difficult is loss.

So the room clinks with stirring teaspoons, with life, with loss, and inevitably brims with love: in sharing something fundamental, something that really does affect us all. 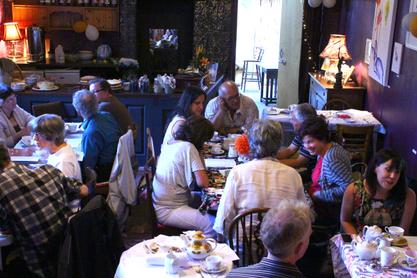 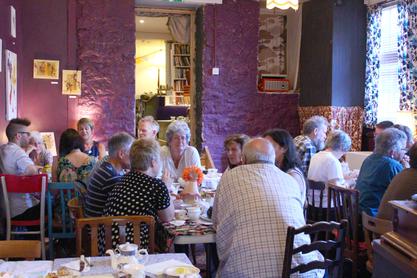 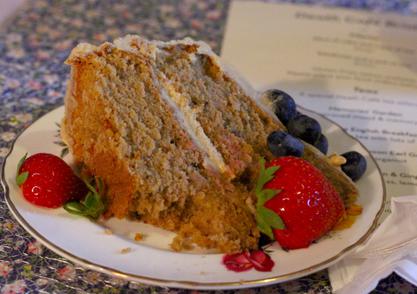 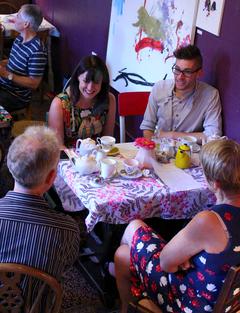 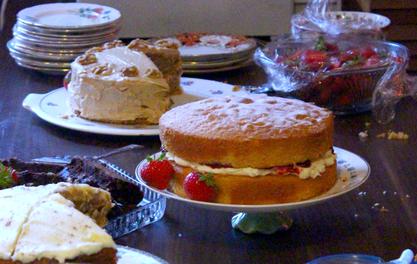