A write up of Columbus Ohio Death Cafe #2 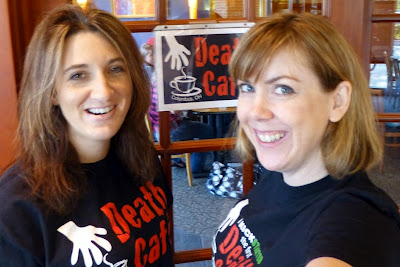 Eddie Izzard may ask you to choose between cake or death, but at the Death Café, you can have cake AND death (conversation). Twenty-one people attended the second Columbus, Ohio Death Café on August 23, 2012.

When asked what interested them about the Death Café, the attendees responses were varied.  Several attendees shared that death was a taboo topic in their home and they wanted to have an open discussion and maybe learn from others.  Some attendees were already working in the field of death and dying as academics, social workers, nurses, counselors, and chaplains.  These attendees were quite comfortable with the discussion of topics related to dying.   They hoped to gain insight of others perspectives and perhaps provide comfort.  Some attendees had experienced the death of family members and were still processing what their losses meant for their own life.

Attendees ranged in age from twenties to over ninety!  When asked about their religious and spiritual identity, attendees described their belief systems as atheist, Presbyterian, spiritual, Christian, “recovering Catholic.” A few said they were “still trying to figure it out.”  Although there were only a  few men present, the attendees agreed that if we told you that we talked about breast implants that we might get a few more male attendees in the future.

Some of the words used on the survey by attendees to describe this event included: fascinating, lively, funny, relaxing, sharing, moving, caring, and awesome.

One attendee commented, “Loved this! Thank you so much for bringing this to the states. Sometimes I think it's easier to talk about this topic with complete strangers, which I think can help open the door to talk about it with family and friends. I loved hearing everyone's views and ideas about death - I heard a lot of things I never considered before.  Really gets you thinking, which I think is really the point.  Thank you!”

So what do people talk about at a Death Café? I get that question a lot.  Maria, my co- facilitator and I were completely intrigued at how different this conversation was from the first Columbus Death Café.  We do not lead the conversation, we let it flow.  The topics really depend on the people in the room and their interests.  At this event we talked about photographing the dead, cemeteries and genealogy, first memories of death as children, whether funerals have made us less sensitized to death, burial customs, bedside visions, the differences in the ways people grieve, shared death experiences, cremation versus burial, bucket lists and The Big Lebowski.

There will be future Death Cafés in Columbus.  Please check back here for updates. 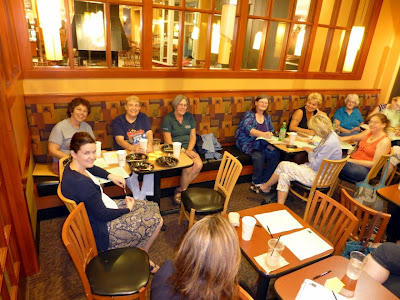 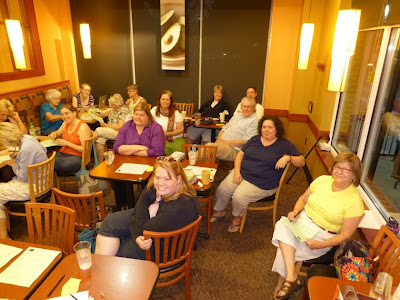