A write up of Columbus Death Cafe 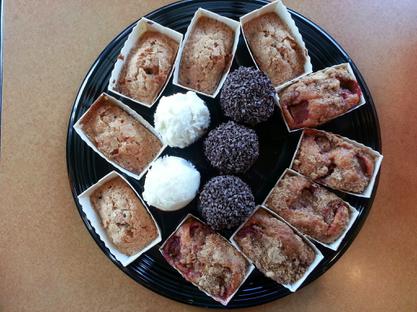 In the past two years not much has changed for the Columbus Death Cafe and yet everything has changed. The Columbus event is just as it was 2 years ago...but now we have a whole connected network of hosts around the country and around the world.

There was a smaller group this evening, but with Death Cafe conversations, smaller is sometimes better.  The diversity of the attendee backgrounds and experiences always leads to an unpredictable conversation.  One attendee had a background in processing death penalty cases, which he mentioned as he introduced himself.  This led into a conversation about the recent ruling in California which deemed death penalty sentences as cruel and unusual punishment.

A comparison was made to the similarities and differences of someone on death row to someone with a terminal diagnosis.

Another attendee had recently attended a funeral and remarked with amazement about the reverance that is still given on the road for the processional.  Other attendees felt that the respect for funeral processionals may vary by location.

The group pondered whether it is better or worse to be with someone who is dying that is ready to die.  Is it easier to process if they are ready or if they aren't?

We talked about how our own beliefs about death and dying evolve over time as we experience more loss and different ways that people die.

We talked about how there are still so many people who avoid talking about death because they fear it brings it closer.

Two attendees that came to the event drove over an hour to get to the gathering and said when they left that they were inspired.

Each time I think that I might be winding down on hosting, I am re-inspired after an event to keep going.

I am so grateful for all of the people who I have met at the events themselves and also all the Death Cafe hosts.  I have made some very good friends as a result of hosting these events.

If you missed us this time, please join us on September 10.