11th Death Café at Hampstead, our first anniversary at Café Rouge, on Monday 12 May 2014 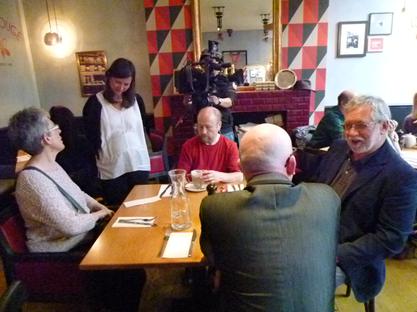 The first Death Cafe we held at this venue was over a year ago in April 2013. On 12 May 2014 we celebrated our first year of Death Café at Café Rouge during 'Dying Matters Awareness Week'.  (No Death Cafe in April this year.) Four journalists attended this Death Cafe, bringing with them two photographers. Almost everyone was willing to be photographed. The event was a lively occasion. Every seat was taken. Over the year we have built quite a community of people attending regularly, several of them willing to facilitate one of the tables.

Sadly one regular attendee who was much cherished had died. She had been ill with cancer and spoken very movingly and openly about her experience and thoughts and is much missed by all who knew her. We remember her with affection and with admiration for her grace.

This anniversary Death Café was held during the afternoon, 4.30pm – 6.30pm. We had a tiny token birthday cake with a small birthday candle on it.  The format for the afternoon was to first talk in small groups around each table asking everyone to introduce themselves and say why they have come, leading to a group discussion around their table, led by a facilitator who also takes part in the conversation. After a short break we held a plenary in a large circle around the room, inviting people to speak. It was moving, thought provoking, inspiring and stimulating. The afternoon ended with everyone filling in feedback forms. There was a wonderful, exhilarating, lively and warm atmosphere in the room. It was buzzing!

Following on from this Death Café, a second, filmed Death Café was to be held that day at 7pm. This meant we asked everyone to leave promptly.

How would you describe your experience of this Death Café?:

Relaxing- useful-reassuring – so good to talk& listen to others, hearing their views and thoughts. Former journalist, patient representative, female, 70.

I was surprised with how positive And upbeat the experience was. Art director, male, 33.

Good experience, an interesting group of people with varied experiences and anxieties. The discussion tended to follow certain grooves, a bit limiting – but it was clearly what most wanted, or felt safe with. Working in film, male, 78.

Interesting – some surprises about what people feel happens after death. Charity CEO, female, 54.

Comforting. Open. Normalising. Surprisingly normal. Natural. As the youngest person at my table, felt like I had the most anxiety about death. Journalist, female, 24.

Interesting – possibly useful & thought provoking. Topic was focused around funerals. Some discomfort that there was a strong personal agenda with at least two of the participants who are funeral celebrants. However still interesting. Not sure how I feel about it. Our table was rather unbalanced with two of us with life-threatening illnesses and the two others ‘working in the area’. Consultant, female, 65.

Very positive – but ended feeling envious of other people’s conversations too. Slight discomfort over the fact that some on our table had their own agendas, although they certainly weren’t pushed. Designer, female, 63.

Interesting for me. As I have had the experience of holding funerals in this country and also been part of funerals in Australia and Cyprus (Greek) how much culture has an influence. As with many things there are more perceived ‘rules’ about death and funerals. There seems to be more ‘distance’ with regard to death, it seems more sanitized. Initially was on a table with someone I knew so maybe slightly better option for mixing people up a bit or at least having a wider… Interfaith minister, female, 49.

Very stimulating and interesting to share and open up to others especially in the small group. We talked about the difficulty of talking to our close relatives (my children) about our wishes for a good death and whether children should be present at a funeral. I should like a celebration party. Former psychotherapist, femaie, 86.

Interesting discussion about a whole range of issues that made me realize how vast the issue is and how little we are prepared to deal with it. The photographers were very distracting. I felt that I wanted more guidance on the different issues to think about in a more structured way. Social scientist female, 48.

Being nervous beforehand I am so glad I came along and felt able to speak without worrying about being judged. Great facilitation and a very calm yet stimulating atmosphere. Our table was slightly too big which made it hard to hear everyone at times. Student, female, 29.

The opportunity to be open about talking about death and its implications. The participants at the table were very open about their experiences. However we did not manage to talk about everything about death.  We did not have enough  time for a longer conversation. Librarian, female, 48.

Fascinating. I was blessed by sitting at a small table with three most interesting and generous women. We shared personal stories, experiences and emotions and discussed some theories. Essentially we realized how little any of can know the when and how of our own death. Not dissatisfied but I find it interesting that those who attended today where educated articulate people. Can such events be run in for example local community settings? I would like to have known in advance about journalists being present and particularly about photographers. Corporate responsibity professional, female, 64.

I thoroughly enjoyed the experience of talking with a group of people who are open and able to talk about having experienced the death of a loved one, facing a life-limiting illness and thoughts about their own death/dying and funerals. Palliative care nurse, female, 66.

Interesting experience. I came open minded about the discussions and how much can be said about death. I would also say it was enjoyable as my mother and grandmother have always spoken freely about death, so it was nice to have everyone around me also ready to openly speak about it. Executive assistant, female, 22.

Cheerful, interesting, useful, empathic, encouraging. Good to hear similar/new views. Good balance of people/ages (including journalist). Nice to celebrate being alive. Easy to be open with strangers. Fascinated by one participants organization with her annual Dignitas payment and …. to the family. Good facilitator – right balance of speaking and continuing conversation with own input. Nice to be on table for four, larger ones would have been less helpful I think. Little bit noisy – slight problem with background noise. Couldn’t always hear what was being said. I didn’t like to ask people to repeat, but loved café atmosphere. Freelance writer, female, 52.

Extremely interesting. Very open discussions with people of all backgrounds and ages. Would come again. Perhaps more time for a full group discussion to get a real sense of what the whole group was discussing/feeling. Health care assistant, female, 23.

Positive, useful, enjoyable, therapeutic, supportive. Not uncomfortable in any way, but would have liked more opportunity to circulate without losing the depth of conversation we achieved. Guess I may come back. Female, 58.

I very much enjoyed attending the Death Cafe this Monday at Cafe Rouge. It made for an engaging and open discussion in a very relaxed environment – I would most definitely come again! NHS Health Care Assistant, female, 23.

From an email, after accepting to facilitate for the first time:

…looking forward to another interesting afternoon and evening.

The beauty is also in the not knowing what the evening will hold (the filmed Death Café) but being able to trust that the condition of respect and acceptance of difference create an atmosphere of openness and true sharing, What a wonderful event to talk about death and dying and simultaneously honoring life.

Many thanks for all the work you are doing to make this possible.

Attending the Death Cafe has helped and encouraged me to reflect about how I would like to be remembered. Is the life I live the life I want to look back to and be remembered by?

Each Death Cafe has contributed to a fountain of profound reflections and realisations.

Attending the Death Cafe has been very profound for me. Although there often is laughter and intense aliveness present on the evening itself, the process of reflecting afterwards and letting the experience percolate into my heart has given me  tremendous nourishment and care for my own soul and fills my heart with gladness and appreciation to be here and alive for now.

I found my first Death Cafe a great experience. The content and discussion was most stimulating and it was a joy to meet likeminded people who are prepared to think about issues surrounding death and dying. I would like to come to the next two events in June and July. 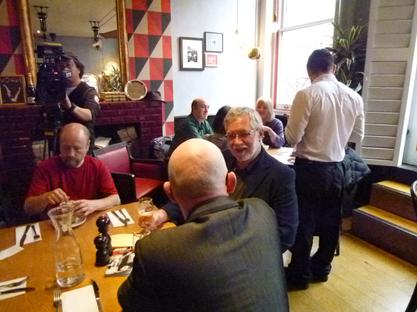 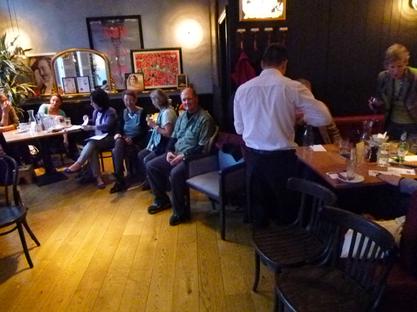 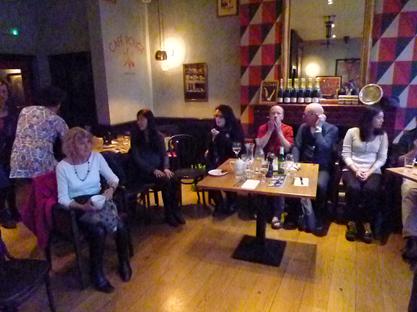