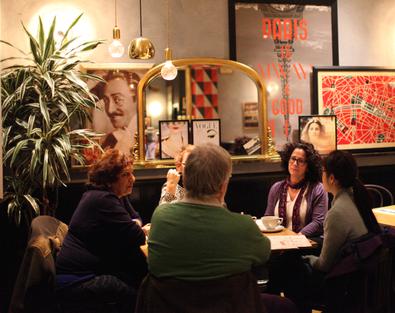 At the March Death Café in Hampstead a small group of people attended, but we were slightly up in numbers compared to January and February. We had 11 guests: 8 women, 3 men. Six people came for the first time. Five people had come before, four of them up to 8 times. We were three facilitators, one for each table.

This was the eleventh Death Café at Café Rouge in Hampstead. As always, it was a deeply moving experience and a very stimulating evening. See feedback below.

In January February and March we did not ask people to book to attend Death Café. In May we will hold a shorter, two hour, Death Café during the afternoon and a filmed Death Café in the evening, celebrating our first anniversary of Death Café here during Dying Matters Awareness Week! Josefine Speyer

I am glad I came. It was a very dense, heavy evening, but hopefully one that I will keep thinking about. I sat at a table with a woman who is dying. This was very powerful and also upsetting. I don’t feel that I have come to any resolution regarding my feelings about death, but opened lots of questions.  Social researcher, female, 26.

I have been very interested in the balance of holding the wish to control my death and the acceptance and gratitude for my life and not knowing what is in the future. I particularly found the large group very interesting and to hear from one person who is dying and facing death with acceptance. Psychotherapist/socialworker, female, 86.

This was an interesting evening although somewhat theoretical, less personal stories were shared. I have learnt about my own need for rituals. I believe my approach to life is directly linked to how I would like to die. I am worried about pain, vulnerability, dependency, but hope I will be able to handle the challenges. I always carry hope! Awareness helps as well. Psychotherapist, 57.

In our small group we spoke about varied subjects, death, funeral rituals, our ideal deaths and planning (long-term/life goals) etc. It was very comfortable to discuss in a small group setting and with a variety of people of different backgrounds. Manage, female.

- Reflective space provided. Question of whether I felt safe/unsafe. Would like to explore this more.

- Issues of control. Mephisto deals with the devil in order to control my own death.

- nfront how I feel regarding death. Come out of denial.

- Others views/perspectives enlightening and empowering.

With the questions on the menu I joined a group talking about an instance of abortion. This moved on to that of life after death and then suicide and planning one’s death. Again the conversation was open and respectful. The suggested ‘topic of conversation’ was a good idea as an opening gambit. Business analyst, male, 42.

It was quite positive to hear the members talking freely about some death issues and coming out with some guidance how to live their life to the full, while also planning the end of life. Freelance teacher, female, 63.

I was most impressed with how you conducted the evening. I felt it was relaxed, welcoming and fruitful.

So many topics were raised and discussed freely on my small table.

I could see that the plenary group could be daunting if there were many more participants, but I did think it was most valuable both to see everyone, and for those who could speak out did so. So many questions of the need to control, choices, and acceptance of what we can’t change..

I thought the woman who was dying was incredibly courageous. l should have liked to have heard more from her about ‘the hard work of dying’..

Thank you for a very valuable evening.

I should like to come again and help in any way.

I so enjoy coming.  As Philomena says, every Death Cafe is different, and our table was very subdued. Low energy. But interesting nevertheless. The large group at the end is so helpful for people. Joy told me she enjoyed that part a lot. 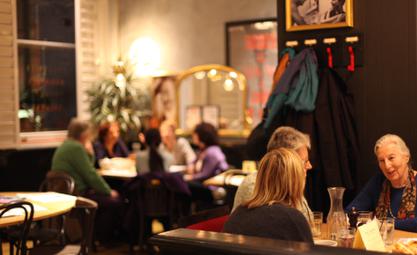 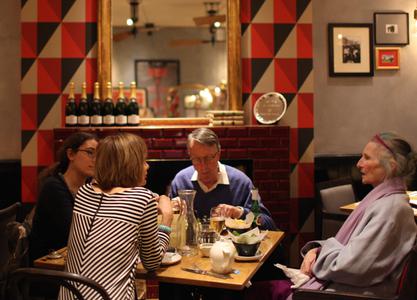