September meeting of the CWDC - ONLINE via Zoom 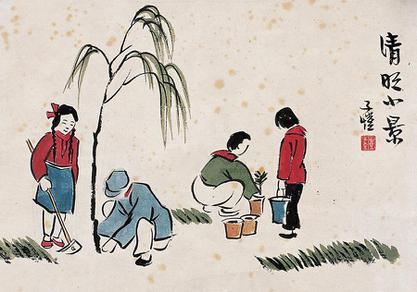 Our Zoom meeting in September was attended by 7 of us including myself.  Several of our group were attending their first Death Cafe and we began our meeting by introducing ourselves and our reasons for coming along.
Themes to emerge from our discussion:
Between us we acknowledged the meaning and value in being close to people who are dying, or staying connected to the themes of death and dying in a society which works so hard at keeping these subjects at a distance.
We moved on to exploring our experience of the cultural aspects of how death is approached and met, and the rituals that might be employed by different cultures around the world.
We pondered what rituals we might like anticipating and at our own death, and when we say goodbye in this lifetime to those we love and care about.
One member shared with us their experience of some of the Jewish rituals around death and mourning.
Another referred to Caitlin Doughty's investigation of death related rituals around the globe and her book From Here to Eternity.
Also mentioned was Erica Buist's crowdfunded research leading to her own book This Party's Dead which will be published early next year.
We referred to the Chinese festival of Qingming, or Tomb Sweeping day which takes place each year on either 4th/5th April, and the customary rituals which will commonly be followed following a death within a Nigerian family to honour the memory of the deceased.
An episode of the Golden Girls TV series came to mind as we thought about funerals - who do we imagine might attend our own, how would they act and what would they say?
Dropping ripples in the pool of humanity...  Would we like to be remembered, and if so, how and by whom?  We considered the action of writing one's own obituary or epitaph, and the ritual of updating this at different ages and stages.
We discussed the idea of writing letters for loved ones to open after we have died, and the importance of living our sentiments by telling people how we feel and expressing gratitude whilst we're alive!
Our discussion moved to considering the role that Gardens of Remembrance play and the desire to have a location for someone's ashes, in order to visit and spend time together after their death.
Lastly, we touched upon the impression we might leave behind in terms of our enduring digital and social media legacies, associated privacy concerns and converting accounts to memorials.
Resources and references that arose from our discussion:
Caitlin Doughty - http://caitlindoughty.com/
A Mortician's Search for 'The Good Death': https://www.sciencefriday.com/segments/a-morticians-search-for-the-good-death/
From Here to Eternity: Travelling the World to Find the Good Death (2017) - https://www.nationalgeographic.com/news/2017/10/dead-burial-funeral-mortician-caitlin-doughty/
Erica Buist - https://www.thisisnotajourney.com/
This Party's Dead: Grief, Joy and Spilled Rum at the World’s Death Festivals (2021) - https://unbound.com/books/this-partys-dead/
https://www.facebook.com/watch/?v=266494904465770
Qingming festival:
https://en.wikipedia.org/wiki/Qingming_Festival
https://www.chinahighlights.com/festivals/qingming-festival.htm
https://www.youtube.com/watch?v=f0PIjYMg_fQ
https://www.youtube.com/watch?v=4gfpF4620-w
Death rituals in Africa:
https://dying.lovetoknow.com/Death_Rituals_in_Africa
Jewish Practice of Taharah:
https://en.wikipedia.org/wiki/Bereavement_in_Judaism#Preparing_the_body_%E2%80%94_Taharah
Taharah - Jewish Burial Rite:  https://www.youtube.com/watch?v=V4bWpbvhHXw
Jewish Mourning Rituals - Care of the Body:  https://www.youtube.com/watch?v=lOAaDj7cEFw
Jewish Traditions around Death:  https://www.youtube.com/watch?v=0N9DNqjuqVk
Jewish Funeral and Burial Traditions:  https://www.youtube.com/watch?v=8oR0vRszEwA
The Golden Girls (TV series 1985-92):
https://www.imdb.com/title/tt0088526/