A write up of Colliers Wood Death Cafe - ONLINE via Zoom 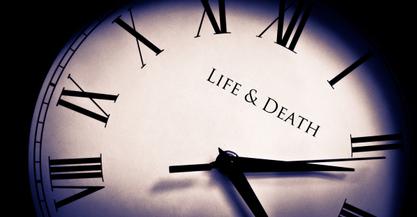 It was great to be joined by 7 others for the fourth virtual meeting of the Colliers Wood Death Café via Zoom.  Once again there was a strong trans-Atlantic presence with participants joining from CA, CO, FL, and NJ!

Themes to emerge from our conversation:

The importance and value of discussing death and dying, and the role such conversations can have in the reduction of the all too common fear that unhelpfully presents itself around these human topics.

The powerful role of the global pandemic in prompting us to face our mortality.  How much more possible, and even permissible it perhaps feels to talk about these unspoken and often avoided taboo subjects.  Might this be a possible silver lining of the crisis?

Conscious living.  Acknowledging the inevitability of death and living in a way that reflects our own finitude.  Benjamin Franklin’s saying so often quoted, “In this world nothing can be said to be certain, except death and taxes.”

Death anxiety, fear of death or ‘thanatophobia’ (deriving from the Ancient Greek words “Thanatos,” the name of the god of death, and “phobos,” meaning fear).  Itself a rarely spoken-about anxiety which can seriously impact people’s lifestyles and emotional health.

Our referring to people as having ‘passed’, and other euphemisms that have entered into common parlance.  For whose benefit do we speak about death in this way?  The importance of being guided by the bereaved, and respectfully adopting their language.

The important distinction between denial as a necessary stage of grief, and the refusal to accept reality.  What we’re not ready for, we won’t (and perhaps can’t) let in.

The shame that bereavement can entail and the heavy burden of the bereaved whose story feels so unwelcome – to whom does this shame belong?

The deaths we experience each and every day, as loss (the disappearance of something cherished, such as a person or possession to which there is an emotional attachment or bond) is part of life.

How grief can become disenfranchised deliberately, unintentionally, or carelessly when others avoid talking to someone about a painful loss or use a cliché that minimises that loss. Doka’s definition of disenfranchised grief as grief that is not or cannot be openly acknowledged, socially validated, or publicly supported.

The need for a radical shift at societal level.  How might we be the change we wish to see?  Hoping that death education will make it into school curriculum, but also embodying our own values and taking action in whatever ways we can and making the most of opportunities that present themselves to us.  Normalising talking about death, thinking about our own responses, and what it is that we are modelling to one another, and to children and young people…

Death Café – the point of the name!  We hope to create an environment where talking about death is both natural and comfortable. This is a casual forum for people who want to bat around personal thoughts.  We live knowing that everything dies. Like the sun, it's a fact of life. And like the sun, we tend not to look right at it. This opportunity to look death in the face is worth taking.

With humility, respect, and heartfelt thanks to all who took part.

“It is not the end of the physical body that should worry us. Rather, our concern must be to live while we’re alive — to release our inner selves from the spiritual death that comes with living behind a façade designed to conform to external definitions of who and what we are.”

This will use the same Zoom link:

Please feel free to spread the word, and join our conversation!

To convert the time to your time zone:  https://everytimezone.com/

Resources shared during our meeting:

The Order of the Good Death is a death positive group of funeral industry professionals, academics, and artists exploring ways to prepare a death phobic culture for their inevitable mortality.

Caitlin Doughty’s video: ‘Why are you afraid of Death?’

Winner of the Pulitzer Prize in 1974 and the culmination of a life's work, The Denial of Death is Becker's answer to the 'why' of human existence.  In The Denial of Death, Becker sheds light on the nature of humanity and issues a call to life and its living that still resonates decades after it was written.

Becker tackles the problem of the vital lie - man's refusal to acknowledge his own mortality. The book argues that human civilisation is a defence against the knowledge that we are mortal beings.

Overcoming the Fear of Death Foundation

Blog article on Fear of the Process of Dying:

As the episode began, Avatar Adi Da says: "I was overcome by a rising anxiety that became an awesome and overwhelming fear of death and I was fixed in the knowledge that I was soon to go mad and die. . . ."

In the hours and days that followed, there was no relief from the overwhelming fear, until finally, He submitted utterly to it:

“I lay on the floor, totally disarmed, unable to make a gesture that could prevent the rising fear. And, thus, the fear grew in me — but, for the first time, I allowed it to happen. I could not prevent it. The fear and the death rose and became my overwhelming experience.

And I observed the crisis of that fear in a moment of conscious, voluntary death. I allowed the death to happen, and I "saw" it happen. . . .

When that moment of crisis had passed, I felt a marvellous relief — or, rather, simply, a marvellous Freedom. The death had occurred, but I had observed it!

I remained untouched by it. The body and the mind and the egoic personality had died (or been utterly released as a concern and an identity), but I remained as essential and unqualified Awareness. . . .

When all of the fear and dying had finished their course, when the body, the mind, the apparently separate "person" (and the act that made its apparent separateness) had been released, and my attention was no longer fixed in those things, I Knew Reality, tacitly and directly.

There was an Infinite Bliss of Being, an untouched, unborn Sublimity — without separation, without individuation, without a thing from which to be separated. There was only Reality Itself, the incomparable Nature and constant Existence that underlies (and observes, and Knows) the entire adventure of life.” 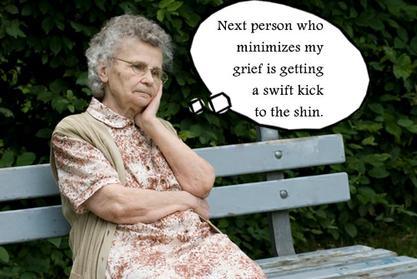 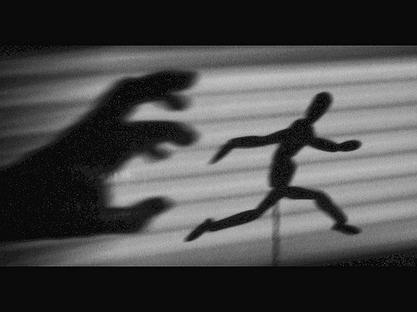 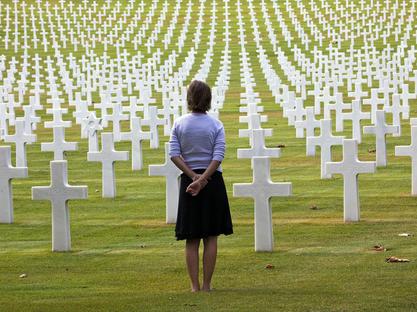