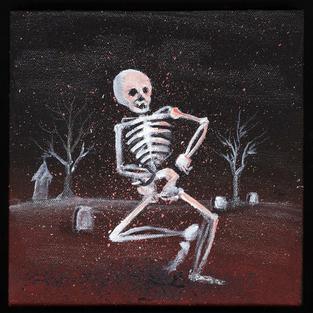 This death cafe took place at Unity Church and Spiritual Center in Urbana, IL and was well attended. There were 12 of us and 3 people had never attended a death cafe before. Besides myself two of the attendees identified themselves as death doulas who are working with a group in Colorado for training.

Other participants were an archaelogist, two retired disabled women, and others.

Two people queued up music they found appropriate for death workers or people interested in the topic of death period. They used phones to share the music.

There was conversation around the topic of singing to the dying to make their death easier.

One woman shared, unexpectedly, that her husband committed suicide about a year ago and how he had talked about it and done it in the yard instead of the house or his workshop. She said he had been in terrible, unrelenting pain and this was his choice.

She didn't say she disagreed with the idea of controlling the time and place of one's death but she described her anger and helplessness that there wasn't a better way to help a person end his life in the face of pain and poor quality of life.

Others brought up the topic of watching the end of life movie "How to Die in Oregon" to learn that there are other ways to deal with death and dying in other states. There was also mention of Final Options as well. A lot of information was shared.

We served loaf cake and coffee which were well received.