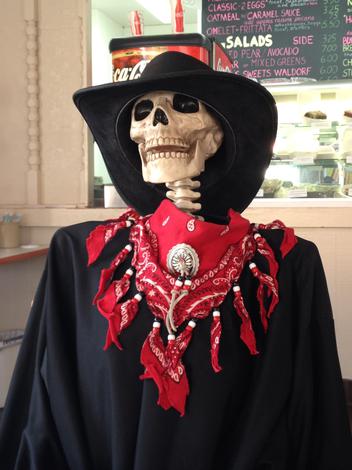 The Albuquerque Death Cafe mascot Lola, a plastic skeleton, presides at the table. She's called Lola because as the song goes, "Whatever Lola wants, Lola gets." Death is a lot like that.

Host Gail Rubin, CT, is Certified in Thanatology: Death, Dying and Bereavement. Also known as The Doyenne of Death, she's the author of the award-winning book A Good Goodbye: Funeral Planning for Those Who Don't Plan to Die. She also hosts television and radio programs also called A Good Goodbye.