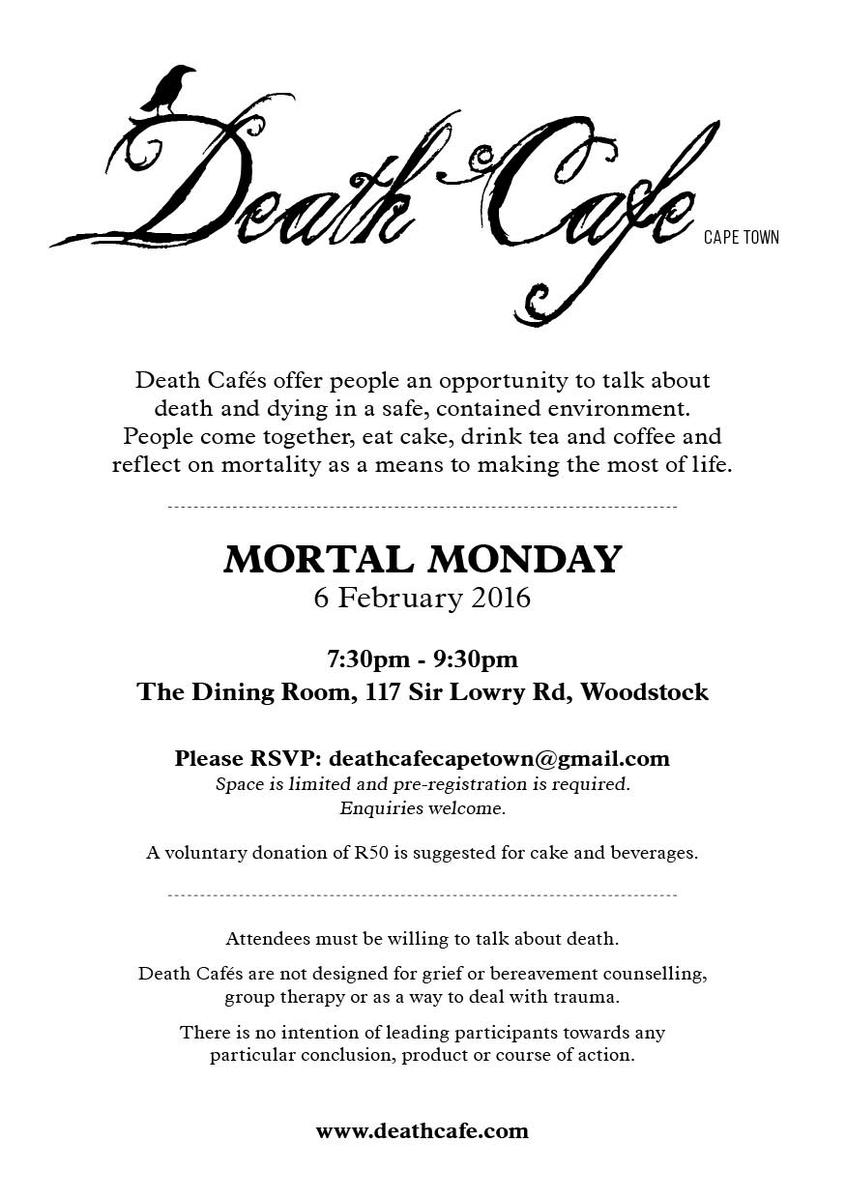 This will be the second Death Cafe we host - the first was a wonderful experience (the write-up is on the site here somewhere...). We're committed to hosting a Death Cafe on the first Mortal Monday of every month this year (well, except January, because we've been so busy living it up!) Oh, and to eat more of that dark chocolate Guinness cake of Karen's at the The Dining Room.

About Sean O'Connor and Antonia Porter

Sean is an ex- primary school teacher. He has an MPhil in Education from the University of Cape Town and currently enjoys life as a writer and theatremaker, focussing on applied and industrial theatre. He loves walking in the forests and mountains of his home town, and being a father to three children.

Antonia is a conflict resolution practitioner who has worked with NGO's on armed conflict, political violence and gender equality issues accross Africa and Asia for the past ten years. She has a BA degree from Cambridge in Theology/Philosophy and an MA in Political Science from UC Berkely. As a mediator, with a background in comparative Eastern and Western thought, she has a strong interest in how awareness of death can enhance life.