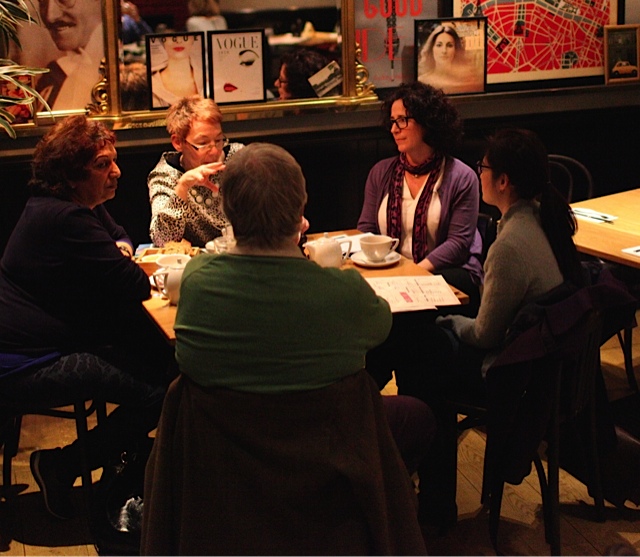 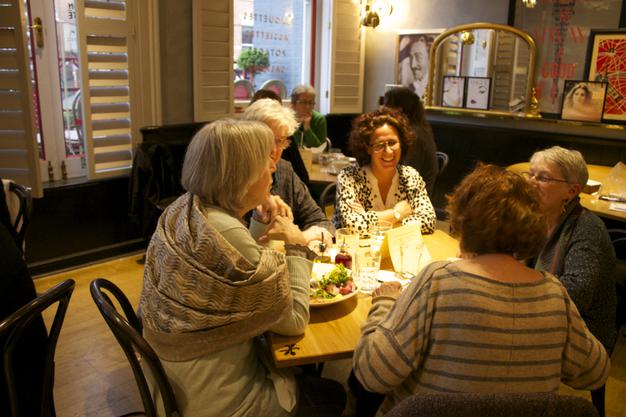 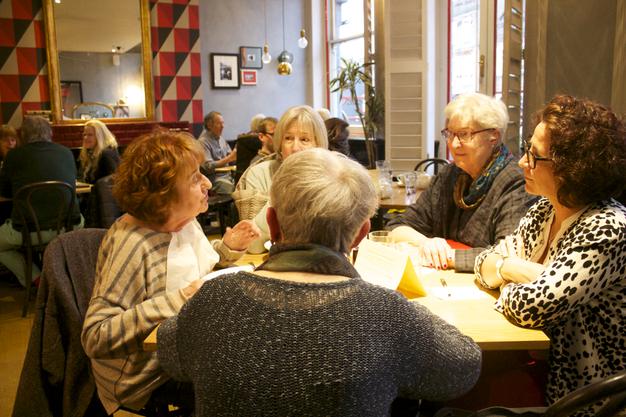 This is our 23rd Death Cafe Hampstead.

It will be filmed for an article in Metro.co.uk

Josefine Speyer is a psychotherapist and clinical supervisor with a special interest in grief, bereavement and death education. She was a co-founder, director and trustee of the Natural Death Centre charity (1991), an educational charity of which she is now a patron, offering talks, workshops and study days. A co-editor of the Natural Death Handbook (2005). A co-founder, trainer and supervisor of the Befriending Network (1994) charity providing trained volunteers offering support to people with life-threatening or terminal illness living at home, developed a death education course for the charity. For many years she was a supervisor at a local bereavement service. She hosts Natural Death Salons NW2.

She sees Death Cafes as part of the natural death movement, which embraces death as a natural part of life. She holds monthly Death Cafes at Café Rouge. Since November 2012 she has hosted Death Cafés at her home in NW London, in Hampstead’s Café Rouge, in Oxford and Lewes. www.facebook.com/deathcafehampstead

Philomena retired after forty odd years as a nurse practitioner and teacher. She thinks that facing the reality of death is a great motivator for appreciating life, for living every day with gratitude. For this, and other reasons, Philomena describes herself as a ‘death missionary’. She will raise the subject of death and dying in polite company and discuss it with anyone who shows an interest!

Tom Schuller has been an adult educator for many years, working mainly in university continuing education. His primary interest is in how people carry on learning throughout their lives. He has just completed a book on how most women work below their competence level - the 'Paula Principle' - and is currently writing one about 'ages and stages' in the life course.