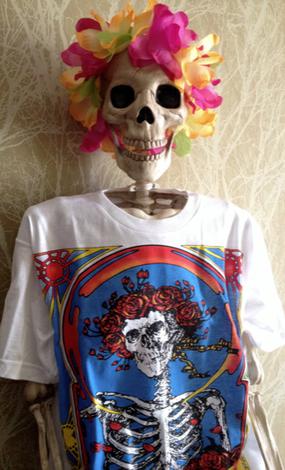 There's a whole lot of talking going on at the Albuquerque Death Cafe! Join like minded people to discuss what's on your heart/mind about mortality issues. Albuquerque was the site of the second Death Cafe held in the United States. Gail Rubin hosted this pioneering event in September of 2012. Learn more at http://agoodgoodbye.com/upcoming-events/abq-death-cafe/.

Gail Rubin is a pioneer of holding Death Cafes in the United States, the second person after Lizzy Miles. She is a Certified Thanatologist (a death educator), award-winning author, speaker and host of A Good Goodbye: Funeral Planning for Those Who Don't Plan to Die and The Family Plot Blog. Her motto is "Talking about sex won't make you pregnant, talking about funerals and end-of-life issues won't make you dead. Let's start a conversation today."