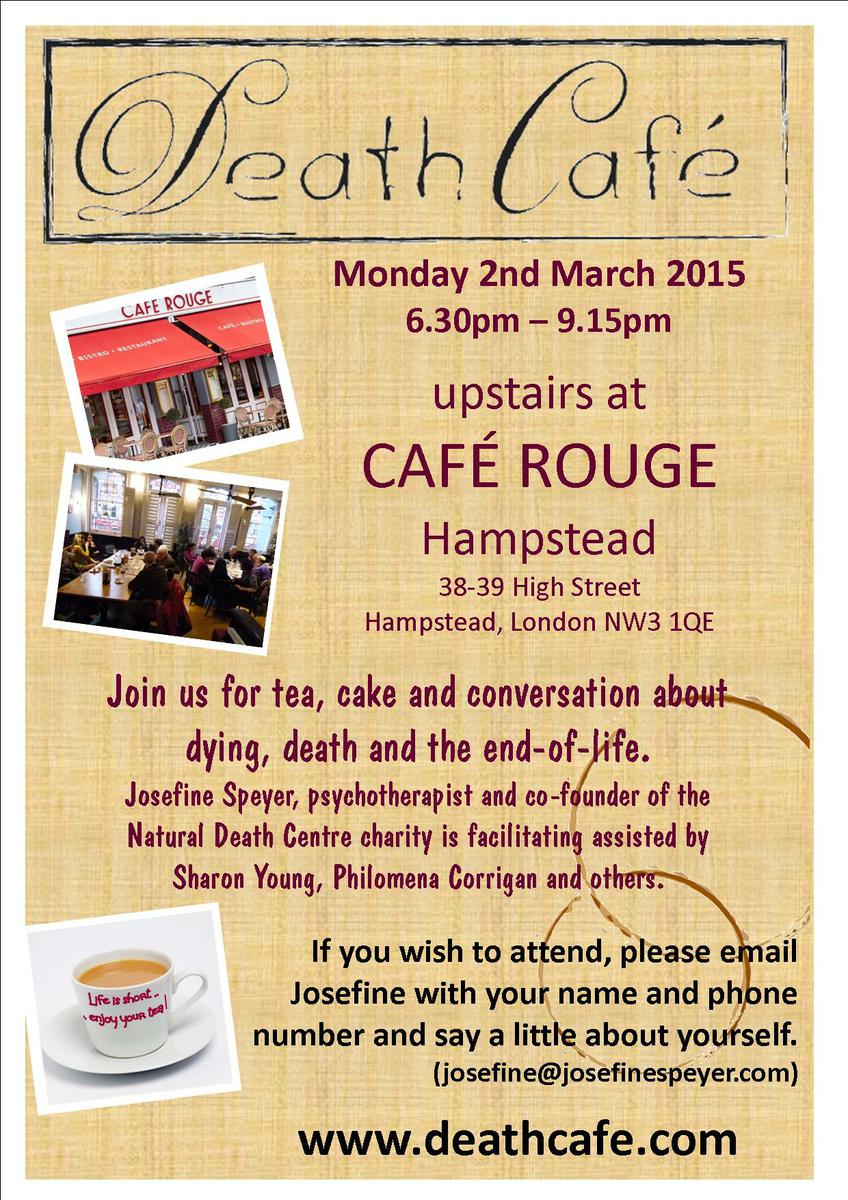 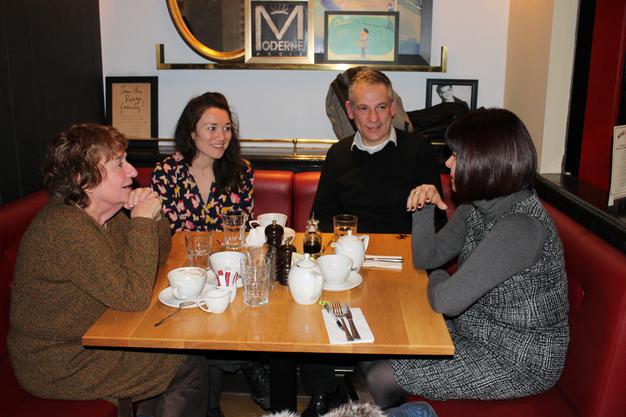 We are fully booked for our Death Cafe upstairs, but rather than turning people away, here is an idea we will try this month. If it works we will continue with it.

There wont be any room for you upstairs. But:

Would you want to come and take a table downstairs, then come upstairs for the plenary session starting at 8.20pm? The plenary is a chance to hear from every table about their experience of the evening.
Please book your place with me and say a little about yourself, if you come for the first time.
On arrival come upstairs and check in. We keep a register.
Arrive early, place your order at your table and come upstairs at at 6.30pm for the introduction which will take a few minutes.
We take a break at 8pm.
There is a journalist, Martin, and a film student, Maya, who are both hoping to interview people during the break and at the end of the evening.
They will briefly introduce themselves and their projects at the start so you can decide if you want to talk to them.
Hope this is helpful!

Ask your name to be put on the mailing list to receive invites when bookings open for the next (21st) Death Cafe (on 27 April).

No bookings will be accepted until then.