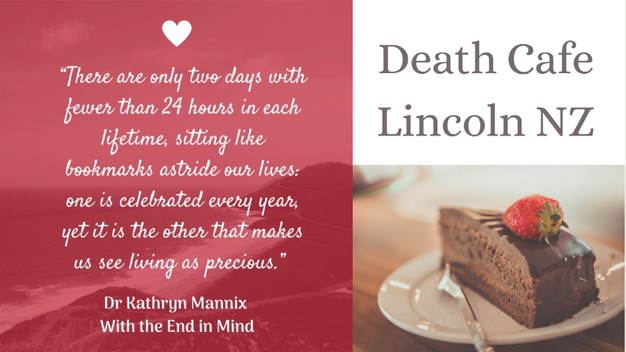 After two succesful Death Cafe meetings at the Laboratory we are heading to the Rotary Room in Lincoln's Community Care Rooms. This should give us some privacy and less interuptions.

Richard will ask for donations to help cover the cost of room hire but they are not compulsory as we seek to make Death Cafe accessible for all.

Richard is a Funeral & Marriage Celebrant, as well as being a Registered Primary School Teacher.

He is an advocate for death positivity and recently featured on TV3's AM Show, talking about Lincoln's new Death Cafe and the movement in general.