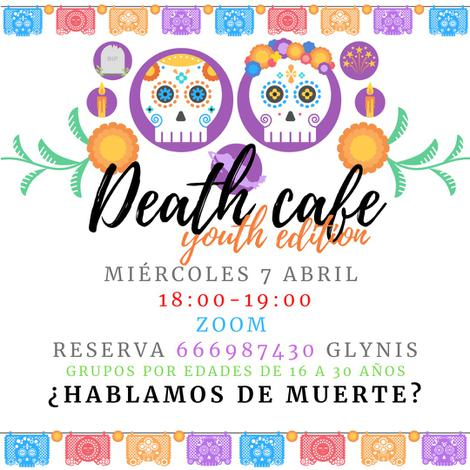 This is a very special edition of the Mallorca Death Café.  Over the past 5 years we have seen the enormous benefit participants have had from assisting - either in person or online.  During the past year we have seen the necessity to consider certain groups who will benefit from a particular offer and as such we now have Death Cafés in Spanish for those professionals working in the health system (especially frontline staff) as well as staff at funeral companies.

This event is for young people in Spain and will be conducted with a young professional working the health system on Mallorca and an 18 year old whose mother died when she was 14.  Glynis German shall be a facilitator too.

Glynis German is an independent celebrant offering personalised ceremonies for funerals, weddings, namings and more in both English and Spanish.  She has been facilitating monthly death cafés in both languages since launching the Mallorca Death Café in December 2015.  At the beginning of the pandemic, she took the offer online and has been offering even more regular death cafés since March 2020.  She is founder of the Giving Life to Death Festival which was born out of the pandemic and had its first, and very successful, edition in November last year with a week long series of activities across Spain.  She is an end of life doula in training.