Death and the Riots 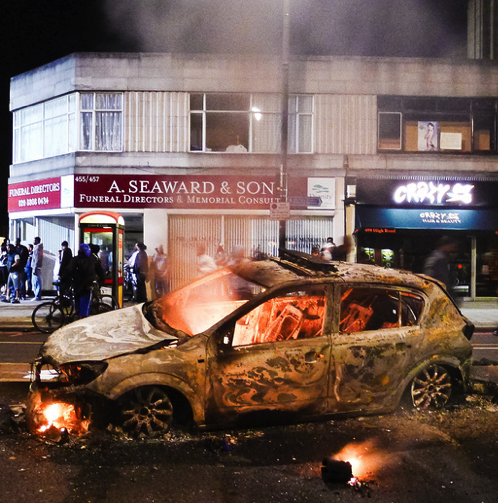 This week, like much of the country, I have been watching the riots that ripped apart our communities. I don’t only mean watching the incessant news updates and reading the reams of angry and insightful comment. I was immersed in events themselves with riot police at both ends of my street, and local youths bombarding police with bricks. On Wednesday night you would have founds me bolting my windows tight and worrying about the safety of my children.

The local area was taken to pieces. Cars and shops were set on fire and passersby and the emergency services attacked. Surprisingly, the rioters even took exception to Hackney’s branch of Co-operative Funeralcare whilst other surrounding shops survived unscathed.

With the freedom of the city the rioters didn’t march on parliament demanding equality and justice. No, they went shopping. When there weren’t designer goods to be had, anything seemed to do with even pound shops being looted. Rioters were hitting the streets with a brick in one hand and a clutch of empty bags in the other.

In some way this riot shopping is not surprising. The quest to consume has become a dominant soundtrack to our lives. But it’s not only the rioters who go to rotten extremes to get what they want, as the grotty behaviour exposed in the NOTW phone hacking scandal shows. The world often looks so damn unfair. Blowing up the financial system seems to win you a state subsidised bonus and many of our MPs have been caught quietly swindling the taxpayer.

An insightful friend recently said that ‘consumer capitalism is driven by death energy.’ I think he means that we’re not very sorted about death and dying, and this manifests in our prevalent value system. We’re looking for value without context and our fears work to shift a lot of product.

This makes sense if our awareness of mortality is linked to how well we live our lives. That this is part of the human condition is the subject of a “venerable line stretching back to the beginning of written thought.” (Yalom). The Stoic philosopher Seneca said “No man enjoys the true taste of life but he who is willing and ready to quit it.” For us, blanking out death means we get overly attracted to gaudy baubles such as glamour, riches, fame, power and luxury.

The riots have resurrected talk of ‘Broken Britain’. Britain, and indeed much of the world, certainly looks pretty shaky if not broken, but there seems to be a distinct lack of alternatives about what we need to do. Cracking down on rioters might stop the riots happening again, but will it really address what ails us? It often seems that there’s nothing with integrity left.

My suggestion for our response to this situation is a bit different. I think we should step up our work to get people to engage with death.

Maybe this might result in more people doing what’s really important for them right now. Maybe we’d be less attracted to stale models of what a good life looks like. Maybe we’d decide we need less stuff instead of more. 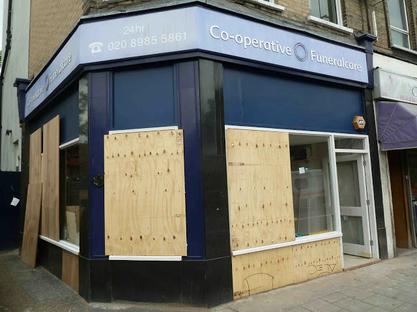 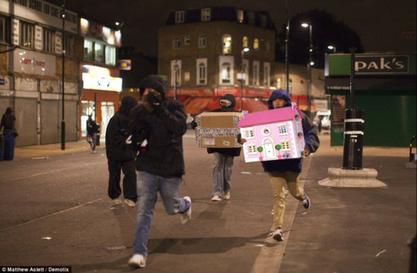 This piece was originally published on the Good Funeral Guide site

Really cool comments on this piece from Rupert Callender and Gloria Mundi at its fine original home on the Good Funeral Guide website: http://www.goodfuneralguide.co.uk/2011/08/death-and-the-riots/