What does it mean to learn? 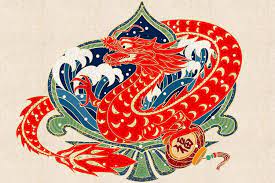 I just watched New York Syndicate, and it's making me feel closer to the reality of death. Today was a day with many thoughts and emotions and fears. None of them had to do with death however. What is the meaning of life? Is there a meaning to my life? It feels refreshing to acknowledge that I will die. And humbling. It reminds me of something I know, but have forgotten of. What thoughts are really my own, and what thoughts are from those around me? What constitues me? I am original from those around me? Who knows if this "blog" will be accepted. I would love to have something specifc to say, but I don't. I simply feel lost. I have dreams to write films, but then how do I become practical and think about work? About making money for my life? I'm in overeaters anonymous, and this is a big part of my life. I also have been involved in the Gurdjieff groups, which is an esteric work. Why do I say these things? Maybe because I want to let go of the identity around them. I'm also transgender. I struggle with experimenting in public. I want to wear heels and dresses and go by Stephanie. I made a film, a short film, about an old man who never accepted his dreams of wearing makeup as a child. I loved making that film, and I want to make other ones. What if that was possible? What if I could really be creative? Would a lifestyle of working in a resturaunt and trying to write films and make them be a pipedream? Should I be more realistic? I'm 21 years old. I'm starting, if only the tiniest tiniest tinest tiniest tiniest bit, to see that I won't live forever. I don't want to waist time. I also don't want to live in fear of wasting time. I'm tired of pretending to be something I'm not. I want to shed, to let go of wht doesn't feel like me. I want to live in allingment with how I feel inside. I want to learn.