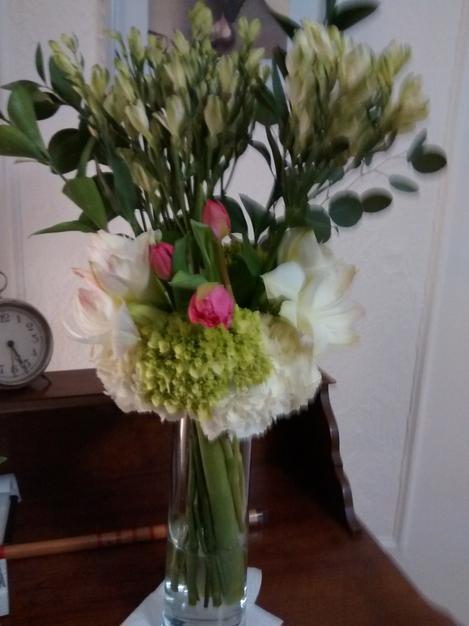 
I’ve always been fascinated with the idea of death as far back as I can remember, from earliest childhood. You may think that’s kind of morbid, but when a child at night says the phrase If I should die before I wake, there’s something about it that’s absolutely weird. What would it be like to go to sleep and never wake up? Most reasonable people just dismiss the thought. They say, “You can’t imagine that”; they shrug their shoulders and say, “Well, that will be that.”

But I’m one of those ornery people who aren’t content with an answer like that. Not that I’m trying to find something else beyond that, but I am absolutely fascinated with what it would be like to go to sleep and never wake up. Many people think it would be like going into the dark forever or being buried alive. Obviously it wouldn’t be like that at all! Because we know darkness by contrast, and only by contrast, with light.

I have a friend, a girl, who is very intelligent and articulate, who was born blind and hasn’t the faintest idea what darkness is. The word means as little to her as the word light. So it is the same for you: you are not aware of darkness when you are asleep.

If you went to sleep, into unconsciousness for always and always, it wouldn’t be at all like going into the dark; it wouldn’t be at all like being buried alive. As a matter of fact, it would be as if you had never existed at all! Not only you, but everything else as well. You would be in that state, as if you had never been. And, of course, there would be no problems, there would be no one to regret the loss of anything. You couldn’t even call it a tragedy because there would be no one to experience it as a tragedy. It would be a simple – nothing at all. Forever and for never. Because, not only would you have no future, you would also have no past and no present.

At this point you are probably thinking, “Let’s talk about something else.” But I’m not content with that, because this makes me think of two other things. First of all, the state of nothingness makes me think that the only thing in my experience close to nothingness is the way my head looks to my eye, and then behind my eye there isn’t a black spot, there isn’t even a hazy spot. There’s nothing at all! I’m not aware of my head, as it were, as a black hole in the middle of all this luminous experience. It doesn’t even have very clear edges. The field of vision is an oval, and because this oval of vision there is nothing at all. Of course, if I use my fingers and touch I can feel something behind my eyes; if I use the sense of sight alone there is just nothing there at all. Nevertheless, out of that blankness, I see.

What has happened once can very well happen again. If it happened once it’s extraordinary, and it’s not really very much more extraordinary if it happened all over again. I do know I’ve seen people die and I’ve seen people born after them. So after I die not only somebody but myriads of other beings will be born. We all know that; there’s no doubt about it. What worries us is that when we’re dead there could be nothing at all forever, as if that were something to worry about. Before you were born there was this same nothing at all forever, and yet you happened. If you happened once you can happen again.

Now what does that mean? To look at it in its very simplest way and to properly explain myself, I must invent a new verb. This is the verb to I. We’ll spell it with the letter I but instead of having it as a pronoun we will call it a verb. The universe I’s. It has I’d in me it I’s in you. Now let’s respell the word eye. When I talk about to eye, it means to look at something, to be aware of something. So we will change the spelling, and will say the universe I’s. It becomes aware of itself in each one of us, and it keeps the I’ing, and every time it I’s every one of us in whom itI’s feels that he is the center of the whole thing. I know that you feel that you are I in just the same way that I feel that I am I. We all have the same background of nothing, we don’t remember having done it before, and yet it has been done before again and again and again, not only before in time but all around us everywhere else in space is everybody, is the universe I’ing.

Let me try to make this clearer by saying it is the universe I’ing. Who is I’ing? What do you mean by I? There are two things. First, you can mean your ego, your personality. But that’s not your real I’ing, because your personality is your idea of your self, your image of yourself, and that’s made up of how you feel yourself, how you think about yourself thrown in with what all your friends and relations have told you about yourself. So your image of yourself obviously isn’t you any more than your photograph is you or any more than the image of anything is it. All our images of ourselves are nothing more than caricatures. They contain no information for most of us on how we grow our brains, how we work our nerves, how we circulate our blood, how we secrete with our glands, and how we shape our bones. That isn’t contained in the sensation of the image we call the ego, so obviously, then the ego image is not my self.

My self contains all these things that the body is doing, the circulation of the blood, the breathing, the electrical activity of the nerves, all this is me but I don’t know how it’s constructed. And yet, I do all that. It is true to say I breathe, I walk, I think, I am conscious – I don’t know how I manage to be, but I do it in the same way as I grow my hair. I must therefore locate the center of me, my I’ing, at a deeper level than my ego which is my image or idea of myself. But how deep do we go?

We can say the body is the I, but the body comes out of the rest of the universe, comes out of all this energy – so it’s the universe that’s I’ing. The universe I’s in the same way that a tree apples or that a star shines, and the center of the appling is the tree and the center of the shining is the star, and so the basic center of self of the I’ing is the eternal universe or eternal thing that has existed for ten thousand million years and will probably go on for at least that much more. We are not concerned about how long it goes on, but repeatedly it I’s, so that it seems absolutely reasonable to assume that when I die and this physical body evaporates and the whole memory system with it, then the awareness that I had before will begin all over once again, not in exactly the same way, but that of a baby being born.

Of course, there will be myriads of babies born, not only baby human beings but baby frogs, baby rabbits, baby fruit flies, baby viruses, baby bacteria –and which one of them am I going to be? Only one of them and yet every one of them, this experience comes always in the singular one at a time, but certainly one of them. Actually it doesn’t make much difference, because if I were born again as a fruit fly I would think that being a fruit fly was the normal ordinary course of events, and naturally I would think that I was an important person, a highly cultured being, because fruit flies obviously have a high culture. We don’t even know how to look at it. But probably they have all sorts of symphonies and music, and artistic performances in the way light is reflected on their wings in different ways, the way they dance in the air, and they say, “Oh, look at her, she has real style, look how the sunlight comes off her wings.” They in their world think they are as important and civilized as we do in our world. So, if I were to wake up as a fruit fly I wouldn’t feel any different than I do when I wake up as a human being. I would be used to it.

Well, you say, “It wouldn’t be me! Because if it were me again I would have to remember how I was before!” Right, but you don’t know, remember, how you were before and yet you are content enough to be the me that you are. In fact, it’s a thoroughly good arrangement in this world that we don’t remember what it was like before. Why? Because variety is the spice of life, and if we remembered, remembered, remembered having done this again and again and again we should get bored. In order to see a figure you have to have a background, in order that a memory be valuable you also have to have a forgettory. That’s why we sleep every night to refresh ourselves; we go into the unconscious so that coming back to the conscious is again a great experience.

Day after day we remember the days that have gone on before, even though there is the interval of sleep. Finally there comes a time when, if we consider what is to our true liking, we will want to forget everything that went before. Then we can have the extraordinary experience of seeing the world once again through the eyes of a baby – whatever kind of baby. Then it will be completely new and we will have all the startling wonder that a child has, all the vividness of perception which we wouldn’t have if we remembered everything forever.

NEXT WEEK PART 2 OF “DEATH” by Alan Watts

The article above is an online article, I just copied it from the internet and posted it here, without any alterations. Therefore, I should add, " this is an online version on the internet, not written by Shaheda .."