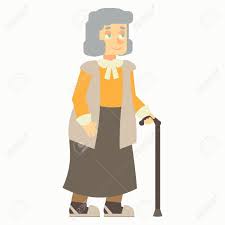 Although preservation of life is medicine’s central goal, ultimately however, death is an unavoidable outcome. In the last decade, there has been a tremendous increase in nursing homes, assisted living homes, long-term care centers, along with a very significant increase in older people living alone in their own homes in both developed and developing countries (Chandler, Williams, Maconachie, Collett, & Dodgeon, 2004). It is estimated that the number of people aged 65 and older is projected to reach one billion (or one in eight of the global population), rising even more sharply (by 140%) in developing countries by 2030 (Health-and-Human-Services, 2007).

As the elderly population increases, so does their anxiety and depression, because of disease, or because of a lack of mobility and also due to many other factors.  For this study I searched whether or not, deliberations on death and dying added to the quality of elderly care, eased anxiety and depression, and increased the well- being of the elderly. Therefore, I conducted a scoping review of the literature by applying the methodological framework set out by Levac et al. and Arksey and O’Malley (Arksey & O'Malley, 2005; Levac et al., 2010).

The search was performed in Medline via PubMed. The databases were initially searched from January 01, 2013 - March 31, 2018, using predefined search terms.

From the studies selected for the U.S., 95% pointed to fear, discomfort, anxiety, and lack of financial support (for the HCP in EOL care) lack of training and a need for ethical legal discourse. There were five percent (Dennis & Washington, 2018)  (Van Scoy et al., 2016)  that measured the emotional well-being of the patients and the families, and encouraged discussions on death and dying.

Of the two studies that encouraged discussions on death and dying (Van Scoy, 2016 ) was an innovative approach to encouraging the conversations using card games. The researchers engaged participants in a conversation card game, My Gift of Grace, that used a questionnaire to measure the readiness of the participants in engaging in ACP, and EOL issues, and quality versus quantity of life with loved ones. “The researchers concluded that a game format may be an effective strategy for motivating individuals to engage in important advance care planning.” (Van Scoy et al., 2016). The study demonstrated that the card game was a positive, well-received experience for participants.

The second study was (Dennis & Washington, 2018). In Face-to-Face interviews to explore the tension between Western approaches to end-of-life care, including its emphasis on ACP, and the expectations and wishes of one community of elders, (Dennis & Washington, 2018) concluded that many were readily able to describe their wishes for a peaceful death and had already developed funeral and burial or cremation plans. Many Indigenous people view death as a natural part of life (Hampton et al., 2010).

Native American tribes exhibit reverence and respect for life. Everything is sacred: dirt, rocks, trees, animals. Death is considered a natural occurrence within life, something to be accepted rather than feared. Rather than disconnecting with the dead, Native American peoples continue to have a relationship with them. From the Native American perspective, death is not a defeat. It is not the result of an offense against God or some other deity but, rather, the common fate of all. (Handbook of Death and Dying) .

The goal of this scoping review was to find studies that measured the well-being of the patients as an outcome of discussions on death and dying. The findings made it abundantly clear that a measurement matrix is much needed in reporting results of death discussions with the elderly in EOL-care.

VRS SOFTWARE is a renowned retail software company whose ultimate aim is to bring customers advanced retailing solutions to grow the business. Our comprehensive and flexible solution will help users organize their business’ needs so that they can focus on what truly matters for them.
Web- https://www.vrssoftwares.com/retail-software/