On death and dying 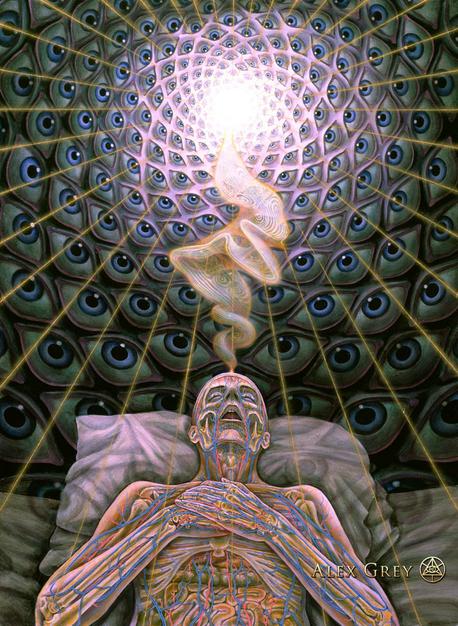 I came home a short while ago from a night shift in a care home for the elderly and mentally ill.

My last three hours were with a man called Ken. A year ago he was the life and soul of the unit, so I’m told. Now 90% of his body is black from decay, he’s lost the majority of his toes, he’s unconscious and nothing remains but a skeleton. He continues breathing albeit weakly, and unaided. He’s been in this state for almost a month. All of the staff and his family are simply waiting for him to let go. There’s nothing for him to hold on to anymore.

I was asked to sit with him for any moment could truly be his last and not wanting him to pass away alone members of staff were taking turns to sit by Ken’s side. Each time someone came into the room to check on things their faces seemed to show pity and impatience – two characteristics I’m not so familiar with.

When alone with him I would talk, but not empty and meaningless words. I placed my hand on his chest, looked into his remaining slit of an eye and began speaking to him. I didn’t know what I was going to say, and I’ve never been in that situation before, but what came out of my mouth took me by surprise.

For three hours I spoke of light, angels, peace, safety and Home. I spoke of many other things, too and then he started taking deeper gasps of breath and his shoulder would move. At one point a nurse came in to assist me in changing Ken’s incontinence pad so that should he pass away during the night he’d be as clean as possible for the undertaker. When that was done I was left alone with him again and I sat back in the chair in silence. His feeble breathing suddenly became stronger and his body twitched. I leaned in and as soon as I started talking again his breathing relaxed and slowed. I felt like he could hear me. I felt like he needed to hear that there’s no fear in letting go. I put my other hand lightly on his forehead and I am convinced that his head moved ever so slightly under my hand. Whenever I stopped talking his breathing would shift, and when I resumed it would shift again.

He was still breathing when I left but looking beyond appearances is a gift. I saw him as a brother, as an equal, a soul, for that is what we all are. That, I feel, is what inspired the words that emerged from me.

I found out two days later when I returned for another shift that Ken passed away an hour and a half after I’d left his side.