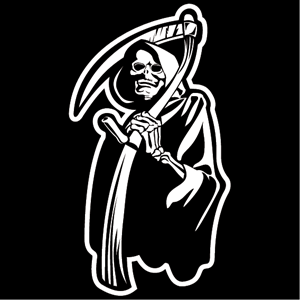 Death is very underrated. Age is the number that shows how close we are to death or how less it is to the inevitable death. Death is the destination that everyone shares, there’s no stopping it. Life is not a game. It was never a game. If it is a game, this is a weird game because both winners and losers get shares the same result. Life is not a game. Life is the tiny bit of light that remains in the dark universe that we exist. Everything dies in the end, everything, living or non-living. It's like everything is made from the same material. What if there's only one and only one element and that's being split into different parts to form every element in the periodic table, if that's true then it justifies the death that everything shares. Everything dies, Everything. And death itself is a concept, what is death? We say a living being is dead when the living part of it is gone, in non-living, death refers to the non-working/functional condition. We made something for a purpose and it's no longer capable to do that so we say it's dead. But actually, everything shares the purpose to die. Every beginning has an end. Everything, everyone dies. Death is more like the evolution of that product or person. Death is the ultimate evolution. Death is the very creation itself. What happens when something dies? Its broken down and decayed to join with the rest of the world. When a living thing dies, it decays and joins with the soil which feeds other life forms. So, without death there's no way a living system could survive. Death is the closest thing to life. Life exists because of death. It is the inevitable necessity that everyone forgets. Death is often treated as bad omen, it's often treated with sadness, but not everyone understands that it's the way, it's the only way life could survive. So, if someone dies never be sad happy for they'll be the life force that drives the next generation of life. Death is not the enemy. It’s the ally that we never knew we had. But what does life offer? Death is the cleaning process that acts as both a punishment and a reward. Death is punishment to the ones who have to live with the loss and reward for the ones who faced it. Death is 100% successful. It does its work all the time, but life doesn’t always. Not all life turns out the way it's meant to be. That's the beauty of death. Never fear death. Death is not the evil here. Death is our ally but everyone hates it. It's true that when your loved ones die you have to live without them, but you have to accept they are gone for the betterment of our world and your love towards them should never be turned into hating death. The uncertainty of life, always expect death. The only thing that's certain in life is death.