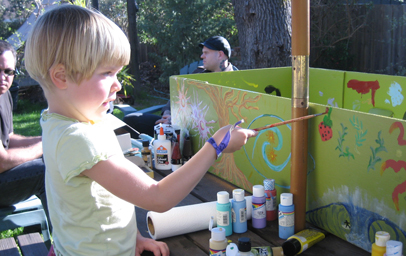 I hosted 2 Death Cafes, one in Hampstead at Cafe Rouge and one in Paddington on a narrowboat (with Sue Brayne). Both events were free. A third event, a Natural Death Salon on family-led funerals versus funeral director-led funerals, charging £15 for 3 hours, did not run due to lack of participants and was cancelled.

At the Death Cafe in Hampstead we had only 12 participants, an unusually low number for this monthly event, which can seat up to 30 people and is usually fully booked. At the narrowboat in Paddington we had room for six participants and a waiting list of two people. Everyone who booked attended.

I am now holding the cancelled Natural Death Salon on Friday 3 July.

Both Death Cafes were lively, inspiring and even exhilarating and intimate events. There is nothing quite like talking about death and issues related to that which creates such a wonderful atmosphere of intimacy and fellowship amongst people. It is particularly easy for people to speak freely and openly to strangers about this subject! We ask for respect of difference in experiences and beliefs and for confidentiality.

I run a monthly Death Cafe in Hampstead since over two years now and have a team of co-facilitators. There are now many more Death Cafes springing up all over London, and especially during Dying Matters Awareness Week. Last year we hosted two Death Cafes at Cafe Rouge on the same day to satisfy the huge demand. 60 people attended and four journalists took part. in the afternoon The evening Death Cafe was filmed for South Korean TV who also filmed other events during Death Awareness Week in London. I think it is a great idea to set up Dying Matters Awareness Week as it it really allows the media to make it part of the public discussion. Well done!

I am a co-founder of the Natural Death Centre  charity and of the Befriending Network (now OxBEL) and am passionate about death education for the public and for health professionals.

I believe it is vital that we embrace our own mortality and are comfortable to address matters of the end of life and death. To this end I hold groups, deliver training and offer supervision as a reflective space for professionals.  I also periodically run Natural Death Salons at my home and continue to host monthly Death Cafes in Hampstead.