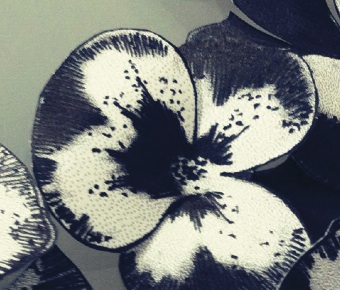 As you may know, we are making a film about Death Cafe as part of our project to open a real Death Cafe in London.

So I had the idea of getting Bernard Crettaz to feature in it!

Just this morning I spoke to Marianne, my french-speaking friend who introduced me to Kristie West and has spoken to Bernard Crettaz before. Marianne agreed to get in contact with Mr. Crettaz and later sends him an email and leaves a voicemail.

This afternoon I got an email from a journalist who is doing a long-read piece on Death Cafe. She says that Bernard Crettaz has agreed to be interviewed and she is meeting him at his last Cafe Mortel in Lausanne on the 31st October.

This will take place at a conference. The link is here: http://www.penserlamort.ch/images/upload/AccLeDeuil_web.pdf

I very much hope to be present at this to meet Bernard Crettaz and thank him for his work.

This now looks likely to happen :)

Bernard Crettaz has agreed to meet me in Lausanne on the 31st October. We will meet and then I will attend his last Cafe Mortel.

I will be going with both Mdhamiri who is making a film about Death Cafe, and Marianne who will be our translator.

I will film an interview with M. Crettaz and post it on this site. If there is anything you would like to ask him please let me know.

Following the conference in Lausanne a journalist from the Guardian newspaper is to accompany Bernard Crettaz to his home town. As such there will be another perspective on this.

It is wonderful stuff and is amazing timing as the proposal for Death Cafe London is coming together.

Hi Jon, just wondering how the event went and whether there's any more news on the film.

i do hope you will succeed for London's first death cafe.
Good luck !!
Inge

That's great news Jon! I'll be doing my Death Cafe presentation at a Palliative Care Conference here in Western Australia on the same day. I'll be sure to add this information into the mix!

I speak of Bernard and his original idea and where it came from. I'll add this information into that section.

I hope the interview is a great success for both you and Bernard and the film!

I can't believe it's his last but understandable as well. He's been at it for many years and he's much older. Time for a rest I suppose?

All the best for the end of the month!

Absolutely so excited on your behalf and on the Death Cafe movement too. WE have managed to break this iron forced ring around the subject of death. The world is becoming a better place because of this.